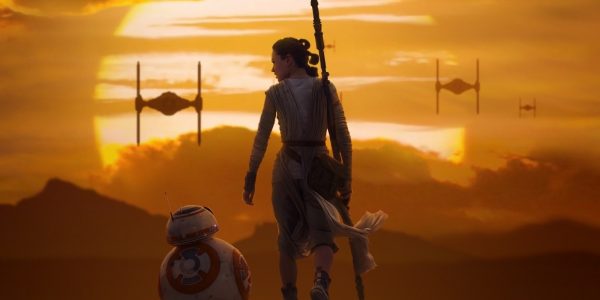 There has not been a time in my life when Star Wars was not the most talked about movie property on the planet.Â  The original trilogy was a mainstay of my childhood and was responsible for countless light-saber duel re-enactments between me and my friends.Â  Theatrical re-releases brought the franchise to life in a way that our TV and worn-out VHSes never could.Â  And for all of the controversy surrounding the infamous re-edits — Han shot first, by the way — it kept the conversation alive and had us clutching our old tapes that much tighter.

Despite being a notable downgrade from the originals, the prequel trilogy became a cross-generational hit that showed just how much more the franchise had to offer us.Â  And just two short years ago, The Force Awakens kicked off the sequel trilogy and solo spin-offs we currently enjoy. 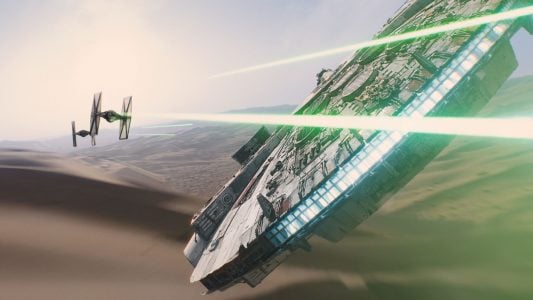 Naturally, considerable speculation has surrounded the upcoming Episode VIII.Â  Who is Supreme Leader Snoke?Â  Who are Rey’s parents?Â  Will Kylo Ren be redeemed in the end like Vader was?

Disney took their first step to answering these questions Monday with a surprise announcement of Episode VIII‘s full title.Â  The second installment of the latest Star Wars trilogy will be Â Star Wars: Episode VIII — The Last Jedi.

With only its title — and red-colored logo — to go off of, the new movie promises to be a darker take on the lavish sci-fi universe: similar to what fans discovered in The Empire Strikes Back.Â  But while it’s doubtful that Kylo Ren is Rey’s father, I wouldn’t put it past the series to reveal a different familial connection between our disparate duo.Â  What if Rey is Ben Solo’s cousin?

This, of course, would make Luke her father, which is not as unlikely a scenario as it might initially seem.Â  Although movie-only Star Wars might be resistant to the idea of the noble Jedi abandoning his daughter on a desert planet to work as an impoverished parts scavenger, harvesting scraps from Star Destroyers in exchange for food, those familiar with the franchise’s (now defunct) expanded lore will know that Luke did take a wife — former Imperial agent Mara Jade — with whom he fathered a son — the Jedi knight Ben Skywalker.Â  And if his nephew-cum-apprentice turned into the Sith Lord responsible for slaughtering his new generation of Jedi, it stands to reason that he would take extreme measures to safeguard both his only daughter and the next best chance to rekindle the beleaguered Jedi order. 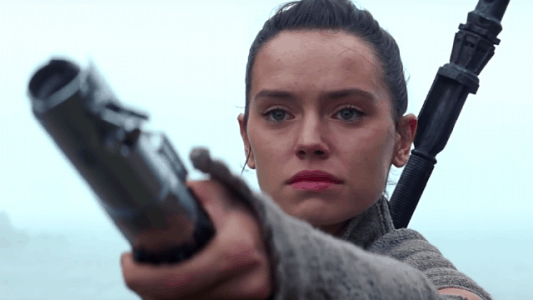 Remember, we never saw Rey’s parents when they abandoned her on Jakku, and the mystery of who they are is central to her narrative arc in the new trilogy.Â  It only stands to reason that they would be characters important to the story — characters that we are already at least passingly familiar with — otherwise the payoff to the mystery couldn’t help but be a letdown.Â  As a powerful Force-user that was orphaned on a desert planet, inherited Anakin Skywalker’s fabled blue lightsaber and watched her mentor be cut down by the series antagonist, her backstory is already eerily similar to Luke’s.Â  She even showcases her grandfather’s proclivity towards machinery

Luke’s post-Episode VI timeline is also incredibly vague.Â  We know that his attempts to raise a new crop of Jedi ended in tragedy when an already-troubled Ben Solo betrayed him by turning to the Dark Side, but that’s it.Â  His familiar character would be made all the more interesting if he had, in fact, taken a wife (perhaps a formidable combatant like Mara Jade) who died in Kylo Ren’s turn to the Dark Side. 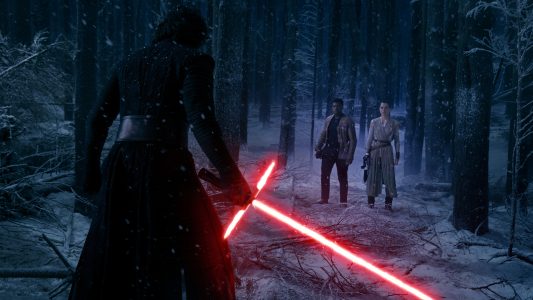 It would be a fascinating wrinkle to the white bread character that we’re already familiar with.Â  His self-imposed exile would have richer motivations: not just because of his failure as a mentor, but also his failure as a husband and as a continued safeguard for his similarly exiled daughter (to keep her location safe from Kylo’s Ren’s Force-assisted interrogations).

This would also complicate his and Rey’s new Master-Apprentice relationship.Â  The second she finds out the truth — perhaps while Luke Trains her in how to use the Force — all of the hurt and anger and confusion she harbors toward her absentee parents would be directed toward Luke: the father who abandoned her on a God-forsaken desert planet.Â  This could even edge her as disastrously close to the Dark Side as Luke himself was following the revelation that Darth Vader was his father. 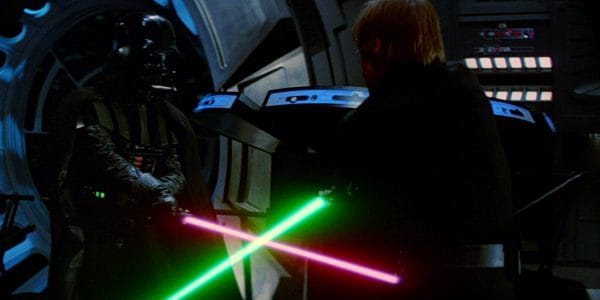 Although we have this little nugget of information to go off of, the implications it suggests are staggering.Â  We’ll just have to wait until December to know for sure, but expect the new movie to be as closely tied to The Empire Strikes Back as The Force Awakens was to A New Hope.