Home
Movies
Star Wars: The Rise of Skywalker Gets The Honest Trailer Treatment 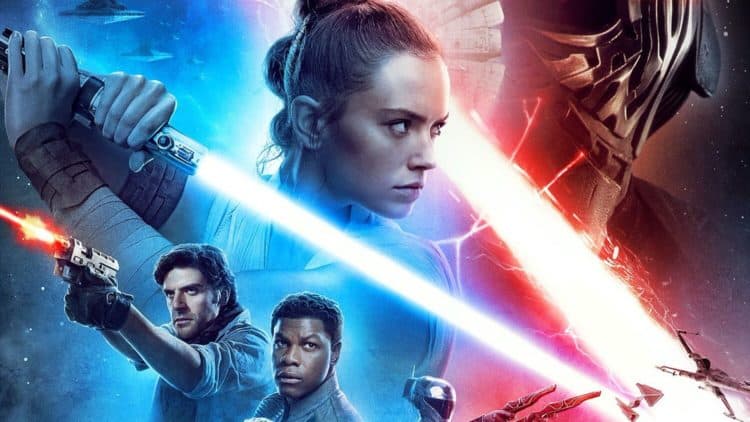 It’s almost a little painful to take an honest look at Star Wars in any way, but it’s absolutely necessary since as much fun as Rise of Skywalker is when you shut your brain off, the moment a thought enters a person’s head about the movie, it’s pretty much all over. I’ll admit it, I did in fact like this movie since I’m a Star Wars fan and will never say much worse than “I liked it” which is usually code for “It could have been better”. But sadly this is where it finally pays to agree with some of the critics that this movie felt a little too rushed, as though it could have led into another trilogy that might have explained more and developed a few more character arcs in a better way. No, I’m not speaking of Rose or Finn, though both characters could have used a little more screen time, but it would have been great to get a little more information on how the Resistance was nearly crippled in the last movie and suddenly has enough personnel to make it look as though they’re doing just fine even if they’re not at full strength. Plus, Leia continuing Rey’s training is all well and good, but it feels a little too abrupt at some points, as though there’s a great deal that the audience misses out on unless they purchase and read every book and story line that is apparently happening between The Last Jedi and Rise of Skywalker. Tasha Robinson of Polygon has more to offer on this subject.

At the very least the movie did feel more like Star Wars than TLJ did, as Abrams went after the source material and attempted to link the movie back to The Force Awakens rather than diverging down a path of self-loathing and hopelessness that kind of permeated the second movie. After all, we went from seeing Luke Skywalker being a regretful old hermit that wanted nothing to do with Rey to a Force ghost that was the kind of individual we were hoping for in TLJ. Yes, Rian Johnson will likely hear about the mess he made of a Star Wars movie until the end of his days, but at the very least he kept the same kind of dark and gritty feel to the second movie as there was in The Empire Strikes Back, another Star Wars entry that wasn’t well-liked when it first came out. Amazingly, those that didn’t like TLJ were some of the first to jump on the hater bandwagon when it came to ROS, despite the fact that the overall feel of the movie was one that made it clear that the Resistance was going to win no matter what. Dirk Libbey of CinemaBlend had a little more to say about the movie in his own words. But the manner in which it did was kind of, meh.

Where do we even start? The fact that Palpatine had a child, which is amazing since it must have taken some serious manipulation to do this, is kind of a big deal. Then the fact that Han and Leia had a kid and Han was still Han, basically a smuggler and a scoundrel, could have easily handed Ben a few issues that he didn’t need while growing up and trying to learn the ways of the Force. Maybe it was teenage angst that Luke sensed instead of just the dark side, but likely we’ll never know since we don’t deal with such things in Star Wars, which could be why it’s losing touch with the fans just a bit, since a little realism now and then might actually be appreciated. The final battle was bound to be something that would blow our socks off, but essentially it caused a mild breeze that wasn’t even that strong since the outcome was never in question, and the sudden arrival of Lando and the motley army that was made up of smugglers and a ragtag bunch of fighters was kind of expected. Plus, the whole idea of Palpatine’s clone being so powerful wasn’t hard to believe, nor was the fact that he would eventually unleash Force lightning on the Resistance. What might have been more impressive really would have been if Palpatine would have engaged in a lightsaber duel with Ben and Rey and still managed to give them a good run. The Knights of Ren, despite being played up for all they were worth, didn’t do much except appear menacing before being taken out easily by their former leader, and Rey’s final thrust against Palpatine was kind of, meh.

In short, Rise of Skywalker was an epic in the making that kind of lost steam the longer it went on. By the time the ending was coming around a lot of fans were still wondering ‘is that it?’ as they attempted to reconcile the buildup with the climax and resolution. In a big way it’s probably for the best that Disney is taking a break from Star Wars, as they need some time to regroup and remember that they’re dealing with a fan base that knows their stuff.