Stargate Universe is set to premiere on Syfy on October 2 as a 2-hour movie event. The new series centers around a ship known as the Destiny that was built by the ancients. A group of humans become stranded on the vessel and after learning that they can’t return to Earth must fight for their survival. The show’s creators have promised us that this Stargate will be something totally new and different, from the types of episodes we’ll be seeing to the way in which the series is shot.

Yesterday the below key promotional art was revealed (it’s a poster, basically) that says “The Only Mission Is Survival” on the front of it. 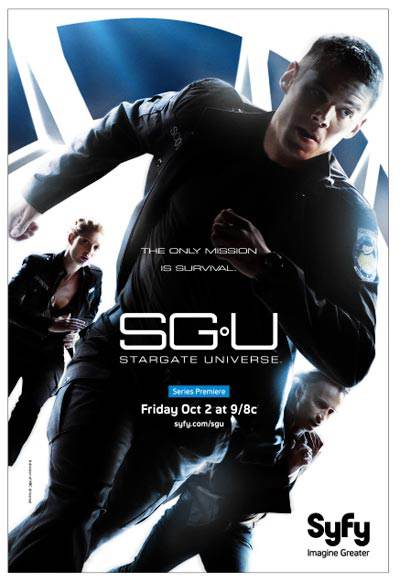