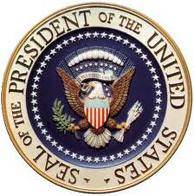 ‘[The President] shall from time to time give to Congress information of the State of the Union and recommend to their Consideration such measures as he shall judge necessary and expedient….’-U.S. Constitution, Article II, Section 3

Yes, it is that time of year again. A time when programming on all of the major networks disappears for a couple hours late in January so we can hear the leaders of our government tell us all the things they won’t be accomplishing in the next year (both parties do this — no political judgments from me). As you can see above, it is Constitutionally mandated that the President deliver a State of the Union address to Congress (and, by extension, us). Traditionally, the SOTU is given once a year at the end of January as this roughly syncs up to the anniversary of the President’s inauguration, January 20. There is no set date, though, so the President can pick the day that best serves his or her rhetorical needs. This is often done, unsurprisingly, with little consideration of the television-viewing habits of the American populace. Not that the President should consider whether there’s a new episode of Gossip Girl on — our economy crawling out of the crapper and getting our troops home are much more important topics. Although popular outrage among we Losties did prevent the speech from being given on Tuesday, February 2nd, the SOTU will preempt a number of our favorite shows. So, here is a guide to the altered network schedule coming this Wednesday, January 27th:

The following Wednesday, February 3rd, the schedule returns to normal (the first week of Sweeps), and looks like this: