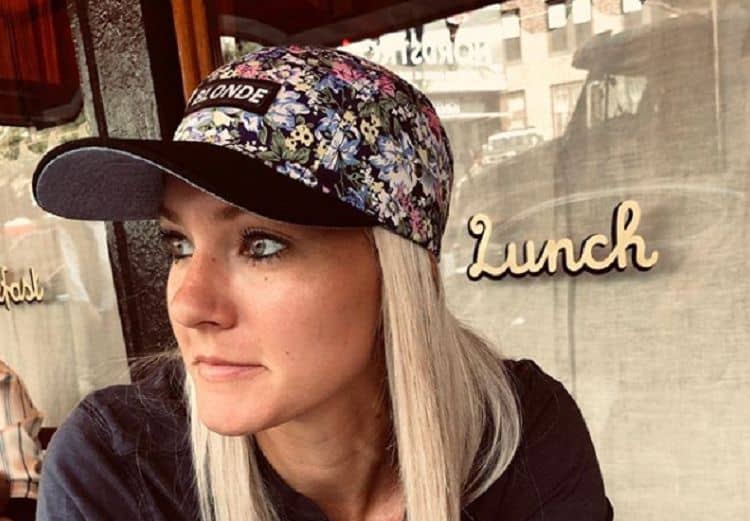 Steffi Sorensen is a sports broadcaster for ESPN. She has been successful in her career and has risen to the status of celebrity personality, due to her style and popularity in reporting on collegiate sports events. We wanted to know more about her so we did a little digging into her history and career. We learned some fascinating facts about her that are worth sharing. Here are 10 things that you probably didn’t know about Steffi Sorensen.

Steffi graduated from high school then enrolled in college courses at the Florida Gulf Coast University. She spent a year at the institution from 2006 to 2007 studying journalism. She transferred to the University of Florida in 20018. She entered the Telecommunications Management program and successfully completed her bachelor of science degree in the field in 2010.

2. Sorensen didn’t start out in journalism

After graduating from the University of Florida, Steffi didn’t go right into the field of journalism. Instead, she took a job as a personal trainer. She was employed in this position at Baileys Powerhouse from January of 2011 through January of 2012 in Jacksonville, Florida. Journalism can be a tough field to break into and she had to do something to support herself until she could land a job in her field of choice.

2. She was a program designer

While Steffi was employed as a personal trainer a part of her job was to design programs for her clients. She learned a lot about how to customize training workouts for individual clients based on where they were at in their fitness goals and arriving at the objectives in incremental steps. She was a fitness program designer who also helped to deliver quality training for each of her clients.

3. She became a Freelance Author

Steffi Sorensen broke into the sports broadcasting field by doing freelance writing assignments. In April of 2015, she wrote bi-weekly articles tor Champs Sports as an online contributor. The content that she delivered involved different aspects of sports issues including mental toughness and fitness. She spent five months working as a freelance sports author.

Steffi Sorensen got her big break in July of 2014. She was hired as a College Football Sideline Reporter by Fox Sports. This job lasted until July of 2016. She covered conference USA for 2014 men’s college football. It was a step in the right direction for her and it gave her not only reporting experience, but also a great experience working for one of the most well-known networks on television.

Sorensen also worked for Score Atlanta as a marketing brand consultant. She served in this capacity from September of 2016 through November of 2016. Although she only worked the job for three months it gave her yet more experience in the sports arena. This company was located in the greater Atlanta area.

For all of the fans who are wondering about Steffi Sorensen’s marital status, she is not married. After looking through her history and checking through social media posts it doesn’t appear that she is in a relationship at this time in her life. There are no indications that she is dating anyone either. If she is seeing someone then she is very good at maintaining it as a secret. She is either very single or very good at protecting her personal privacy.

7. She is a millionaire

We also learned that Steffi Sorensen’s job as an American sportscaster and anchor at ESPN pays very well. She brings in a salary of about $85,000 per year. Although taxes probably eat her alive she has managed to accrue a net worth that is over one million dollars. This launches her into the millionaire club. She has earned her fortune largely from her work at ESPN, as well as her other work as a personal trainer and as a freelance author. She also appears in multiple other media events that are sports-related so she’s not doing too bad for herself.

8. Steffi has a proven track record

Steffi Sorensen is a talented journalist and reporter and she also presents herself as a beautiful and intelligent professional. She has tons of charisma and this has drawn viewers in to listen to the reports that she provides. Although she’s talented and pretty, the real reason for her success is because she is a very hard worker. Sorensen has put her time in the trenches and she has worked for several different companies. Many fans are not aware that she also worked for Disney Media Networks. In addition to this, she has interviewed a lot of famous sports personalities including Dawn Staley, Alaina Coates, and others.

If you’re a fan of Steffi Sorensen then you can learn a lot about her from following her on social media. When we visited her Instagram account we learned that she has 15.8 thousand followers which shows that she’s becoming very popular. She’s made 236 posts and she is following 771 on the site. She shares that she herself is a former athlete and currently works as an analyst for ESPN and CBS. We also noted that she shared a verse from the bible…James 1.2-4.

10. Steffi Sorensen is a rising star

Sorensen has come a long way in a very short period of time as a journalist in the sports industry. She has a unique style of reporting and viewers enjoy hearing what she has to say. After learning a little more about her we can tell that she is a dedicated professional who has a passion for her work because it shows in everything that she does. We fully expect to see her stay in teh journalism industry for many more successful years.