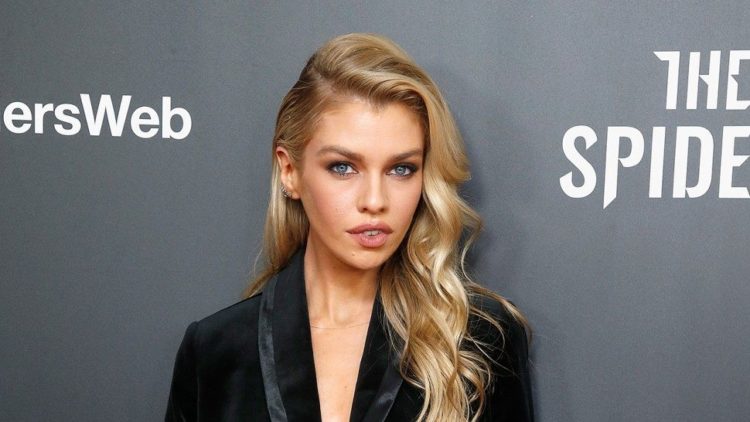 If you can’t guess from the picture or don’t know that much about her in the first place, Stella Maxwell is a well-renowned model that’s been tearing it up on the catwalk for a while now and has become quite popular in her career. Despite not having the same longevity as other models she’s still displayed the same overall allure that many of them have and has impressed a great number of people throughout the years with her stunning looks and proficiency. While some people might not think that models are really all that skilled, as in reality they do have to pose, walk, and basically look good as part of their skill set, it does seem to invite the criticism that not everyone can do this job. That’s very true since models do tend to be a bit more luminous than many other people in some regards, but also tend to blow a lot of people’s expectations out of the water once you get to know a bit more about them.

Here are a few things you might not have known about Stella.

She’s not really all that old, but in model years she might already be edging towards what might be thought of as a transitory phase in which she’ll have to figure out something else to rely on since modeling seems to favor younger individuals that have a lot more years left to their youth.

9. She was discovered as a model while she was in school.

This isn’t exactly groundbreaking since a lot of models are discovered in a wide variety of places considering that they happen to be noticed by those that might have an eye for modeling or those that might simply think that there’s something very different about the individual in question and that they might as well try the profession out.

Apparently she and Stewart did split for a while at one point but they managed to get back together and have been with each other since. It’s interesting but you won’t typically hear much about this relationship unless you ask those that have anything to say about it, and those folks don’t pipe up all that much.

For a female model this is of course one of the more prestigious outfits to work for and becoming an angel is nothing short of a career boost that many upon many women would have gladly taken had they been given the chance. Models are always attempting to find the most exposure and to be seen as being among the best in their field, and Stella has had that position for a while now.

6. There was a rumor a while back that she was dating Miley Cyrus.

The rumor was squashed since despite hanging around Miley and taking pictures with her Stella said that there was nothing between them. There are likely a lot of people that rolled their eyes at this and didn’t quite believe it but oh well, that’s how it goes.

5. She’s fallen a time or two on the catwalk.

You don’t normally hear about top models falling on the catwalk since this just isn’t done all that often. But when it does it becomes newsworthy since in such an elegant profession and with so many people watching one can imagine that this would be kind of embarrassing.

4. You could definitely say she has a massive following on social media.

Her followers number in the millions as with a lot of models. This is kind of curious really since models seem to be those that rack up the highest numbers on social media for one reason or another, while actors, who are seen on a more regular basis, tend to only garner in the hundreds of thousands on average, or low millions for some.

3. She’s the first British model to be a VS angel.

It’s always nice to be the first something in an industry even if it doesn’t get much more than a pat on the back and a good deal of appreciation. You could say that it’s setting a standard, but then you’d have to push it aside for the first transgender model that VS hired not long ago.

2. She has interests in music and acting as well.

Given the fact that she’s going to be in her 30s before long this could be something that she might want to pursue in order to have another career to fall back on if modeling is no longer her intended profession.

With as many fans as she has and the social media following and the prestige that she’s amassed one would think that her net worth might be a bit higher.

She’s still one of the top models in the world without a doubt.