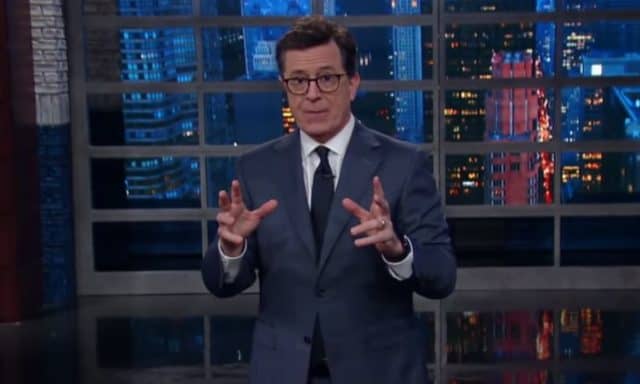 Much of the news on Donald Trump today will be about the James Comey firing and the newly appointed special investigator into the potential Russian collusion during the election.Â  Yesterday the White House was shocked to learn that former FBI director and well respected veteran Robert Bueller would be spearheading the new effort.Â  As we keep an eye on this, The Late Show decided to take an extra step last night.

Stephen Colbert did plenty to talk about Mueller and the investigation but he decided to shift focus to an upcoming trip our President is taking.Â  With the NATO summit in Brussels coming up soon, world leaders are making sure there aren’t any sharp corners or bottles of bleach within reach when it comes to hosting Trump.Â  In fact the summit is literally taking precautions with regards to Trump’s “low attention span” and heads of state have been instructed to limit their talks to two to four minute blocks.Â Â  I’m not making this up by the way.

Colbert gives his take on the whole thing and as you can imagine, it’s not pretty.