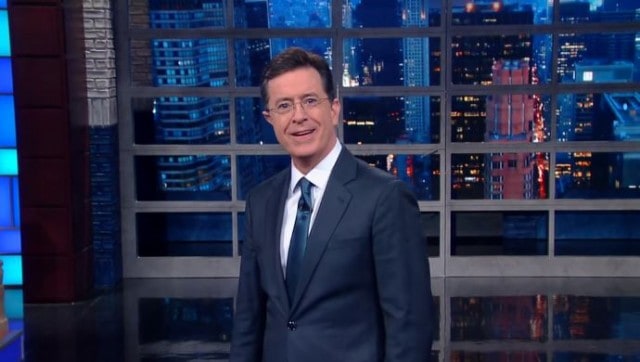 As host ofÂ The Late Show, it’s Stephen Colbert’s job to not only crack jokes and interview celebrities but to also discuss serious news stories when they come out, and last night, he may have touched upon his important topic yet: science ruining Spider-Man.Â In the video below, Colbert explains how scientists from Cambridge University came to the conclusion that a hypothetical Spider-Man would not be able to actually do everything that his powers from the comics allow him to, and it really bummed out Â Colbert and hisÂ Late ShowÂ audience.

So what’s the big discovery that these Cambridge University scientists made? According to their calculations, Spider-Man should not be able to climb walls.

“I’m not questioning these scientists’ credentials,” Colbert told viewers. “I think they’re the ones that tried to warn us that Spider-Man could not be a Broadway show….But no wall climbing? That’s one of the main things that Spider-Man does. Without that, he just shoots goo and is radioactively guilty about his uncle.”

Watch Stephen Colbert’s full explanation about Spider-Man in the video below: