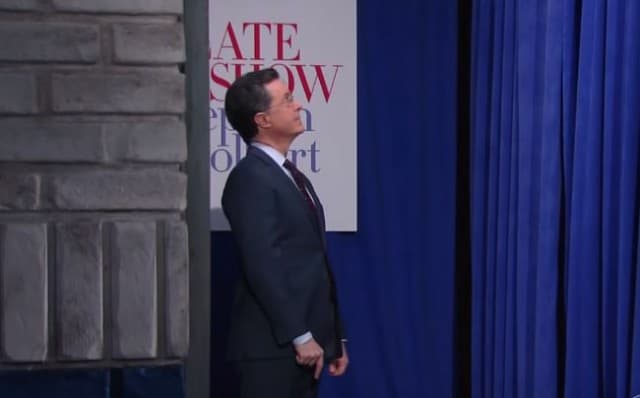 Stephen Colbert has always poked fun at politicians, both when he was the host ofÂ The Colbert ReportÂ and during his tenure so far onÂ The Late Show. However, you rarely see Colbert make a great joke without speaking a word, but that changed last night during the opening moments of The Late Show, as the host made a hilariously over-the-top Ben Carson entrance.

If you don’t know what Colbert was referencing, look up the introductions of the candidates during Saturday night’s Republican presidential debate, where Dr. Ben Carson didn’t hear his name called and awkwardly stood waiting while the rest of the candidates (except for Donald Trump) walked right past him. It was one of the funniest but also most cringe-worthy moments in any debate this year, and Stephen Colbert recreates it in spectacular fashion in the clip below.

While Colbert joked about Carson during the first couple of minutes of last night’sÂ Late Show, the doctor wasn’t the only presidential candidate to come up. During Colbert’s interview with Fox News’ Bill O’Reilly, the two of them discussed Donald Trump and Bernie Sanders and why both menÂ have been so successful so far during the race. According to O’Reilly, it’s because the two of them are very much the same type of candidate, but they’re just running on different sides. Find out exactly what he means in Colbert’s interview with him below: