Home
TV News
Stephen Colbert Will Be Hosting the 2017 Emmys 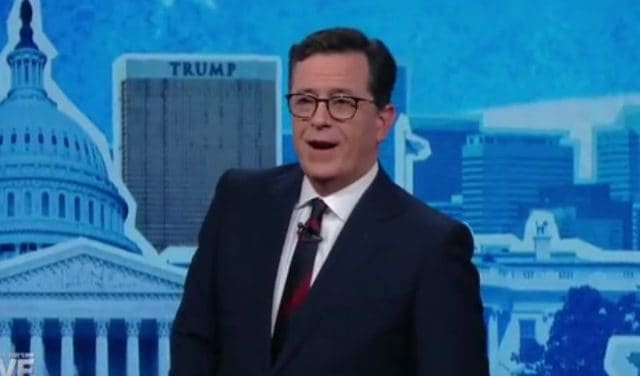 Stephen Colbert, from Daily Show news correspondent, to the Colbert Report, to The Late Show, and now onto the 2017 Emmys.Â  It’s been announced that Colbert will officially be the host of the 2017 Emmy awards.Â  Considering the speech that Meryl Streep recently made at the Golden Globes, speculation is that Colbert has been hired for the gig to give more of a political spin this season.Â  This makes perfect sense given he’s been laying into politics for about 2 months straight now.Â  According to Rolling Stone:

“Stephen is the ultimate master of ceremonies with award-winning creative talents, and as we’ve seen the past few months, he has a fearless passion for live television,” CBS, which produces the event, said in a statement.Â  That message hasn’t been lost on Colbert, who recently said, mocking White House Press Secretary Sean Spicer’s lie about inauguration viewership, “This will be the largest audience to witness an Emmys, period … Both in person and around the globe.”

The Emmys has been struggling with viewership over the past few years so the network is hoping that first time host Colbert can provide a boost.Â Â  Last year the Emmy had its lowest viewership on record at 11.3 million viewers.Â  While most television shows would love to get that kind of exposure, for a once in a year prestigious event like the Emmys, the network feels a significant improvement must be made.Â  Last year’s host was Jimmy Kimmel.

Perhaps Colbert will be the catalyst for a ratings increase.