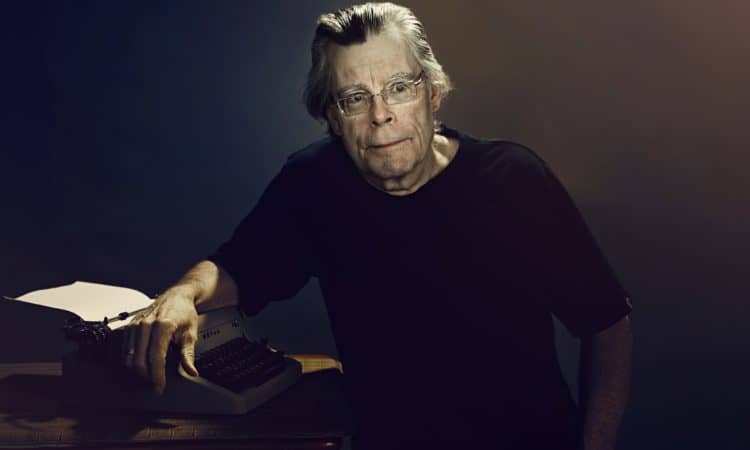 When you look at how Stephen King has allowed his voice to be heard over the years there are moments when it seems best to just shake your head and wonder why oh why does a man that inspires so many lose it so easily when he steps away from his niche. But then there are moments such as now when King is being brought to task for his outlook on Oscar nominations and his supposedly controversial stand on diversity. Here’s what he said as per Poppy Noor of The Guardian:

“I would never consider diversity in matters of art. Only quality. It seems to me that to do otherwise would be wrong,”

Thus far he’s been lambasted for this view and in a big way it’s kind of confusing since intent was never to discriminate or even indicate that only white ideas are to be considered ‘quality’. Instead his statement is as inclusive as it can get since giving every entry, every nomination, and every last individual that contributes something to show business a chance to shine and to be considered as something great should really be the ultimate goal. Of course not everyone is going to agree what is quality and what isn’t, but in recent years it’s been seen, and it’s hard to argue, that the call for diversity has made it clear that bringing up anything white tends to be seen as racism and a divisive attempt by others to push white ideas over those of women and people of color no matter if it’s simply a white male that has an interesting idea to bring to the table. Ben Cost of the New York Post has more to say on this subject.

Slamming King for supposedly attacking diversity with a call to bring only white ideas to the table is about moronic as it gets since the call for diversity is all well and good, but it also has been leaning heavily towards diversity minus the white voice now and again. True diversity is allowing everyone to have a voice, not simply drowning out what’s been seen as an oppressive voice for so long so that others can have their say. Hollywood has been gradually changing throughout the years and thankfully it’s more diverse now than it’s ever been, but for some that’s not quite enough. King is calling for a quality story, something that has a great deal of strength to it, heart, and flows in a way that is acceptable and even inspirational to others. Nowhere in his words did he state that he wants to see the best white-person story, or that he doesn’t always consider stories from people of color. The response to his words has shot over the moon and taken offense in a huge way that makes it clear that the main point was missed by a few dozen miles while those that were ready and willing to get offended did so as though it’s become some new form of spider-sense.

My only advice for said people would be this: GET A GRIP. There’s no shortage of stories directed, written, produced, or otherwise handed in by women and people of color these days and despite the fact that King doesn’t look into diversity when thinking of nominations that means only one thing: absolutely nothing. He’s a world-class author, someone that knows how the writing game goes, how the storytelling is done, and how to best ferret out a great story among the chaff. That’s what he’s looking for, that’s what he meant, and seriously those getting offended need to take a step back and smell the funk of their own discontent for a while to possibly snap out of it. One massive issue with diversity is that it does take a little longer to sift through all the stories to find one that really speaks to the masses on a deeper level and isn’t just homespun fantasy that can be scattered to the winds on further introspection. Great stories are adaptable, versatile, can take scrutiny and can give inspiration by virtue of being malleable enough for different audience members. Diversity is great and all, but many stories around the world are going to fail to capture the same audience and entertain a wide number of people. The Oscar nominations are something that are more than a little demanding and nominating something simply because it’s diverse is the wrong reason to offer up such consideration since it continues the long-running joke that the award show has become over the years. Joseph A. Wulfsohn of Fox News has more to say on this matter.

King has never really made it clear whether he cares or not about how people view him or the things he says, but in this instance it’d be best for the naysayers to step back and remind themselves that they’re not the moral paragons of virtue they want to pretend to be when it comes to being diverse, especially not if they’re going to start griping about something that didn’t merit this much attention.