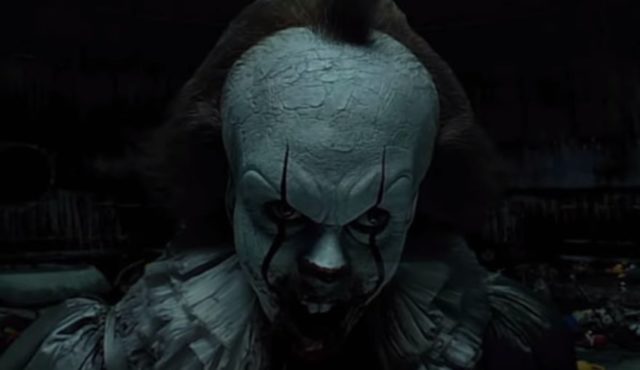 If you are looking for something to kill a little time with today, you might want to check out the new 8-bit video game created as a promo for the new movie based on Stephen King’s book “IT.” This isn’t the first promo that’s been “floating” around (insert cheesy punchline drums here), we’ve also been privy to a Facebook page dedicated to the movie, tons of trailers, lots of fan gear like t-shirts, and even a cinematic virtual reality experience. The VR looks both exceedingly terrifying and amazingly fun at the same time! You can check out a quick, thirty second preview of it here:

Anyway, back to the cool little 8-bit game. This game is a fun, creative nod to the era of the book’s (and movie’s) setting and is full of all the old school goodness you can handle. No flashy graphics here ladies and gents, just simple game play in all its pixely glory. I tried playing this on my Chromebook, but that’s a no go folks, you’ll want to check it out on your phone or tablet (which you can do, by the way, here: http://game.itthemovie.com/#_=_).

The home screen of the game features little, doomed Georgie clad in his yellow rain slicker facing an ominous darkness with a clown arm holding out the iconic, singular red balloon. There is also, of course, a subtle reminder about the premier date of the upcoming movie, this is, after all, a promo.

You click start and are lead to a quick breakdown of gameplay, which isn’t to complicated. You basically help the little newspaper boat stay afloat (by tilting your screen left or right) while popping red balloons, and avoiding everything else.

Everything else includes missing posters, a single tennis shoe (hmmm) and of course, a certain super freaky clown. If you mess up and hit something, your boat will turn red. Do it enough time, you sink, and well… that doesn’t sound promising. Keeping the volume up on this game adds to play since it has some fun, creepy killer clown inspired music and laughs.

The feel of this game is pretty dark, as are the trailers that have been released, and it’s really not that surprising since the 2017 release of “IT” has promised to be a darker version of the story. The new director has openly voiced his dislike of the 1990’s miniseries.

While this game is simple, like all great-bit games, the ease of play and mindless quality of the game makes it oddly addictive and satisfying. It’s great way to kill some time and clear your mind since you don’t have to think that hard (goodbye lunch break).

If you are one of the few Americans left that hasn’t seen an actual preview for the revisited “IT” that’s been playing almost everywhere you look, you can catch the official trailer here:

In the meantime, have a little fun with a classic, throwback game!