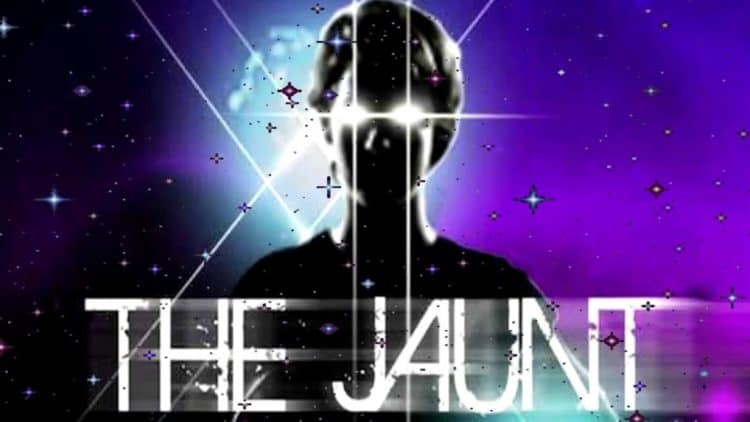 This wouldn’t be the first time that a Stephen King story was taken further than the pages it was written on, but while The Jaunt might sound like a great idea it’s going to take some adapting to really make it come to life since the story is actually enjoyable but the prospect of making it past a season definitely makes it sound like something that could become tiresome very quickly unless the story was told just right. For those that haven’t read the story, it’s the tale of human beings colonizing the solar system by dint of having created space travel, the Jaunt, that allows for instantaneous transportation between one location and another. The trick though is that travelers have to be administered an anesthetic so that they’ll sleep throughout the trip since otherwise, an individual will experience what amounts to centuries or even millennia during the trip, which can drive a person absolutely insane and has that effect on a young boy during the course of the original story. It’s an interesting story to be certain, but stretching it out into a series, while definitely possible, feels like it’s going to be a touch-and-go kind of deal since eventually, it could become something that’s no more exciting than any other series that’s been created.

Creating a movie out of this idea might be a much better way to go despite the fact that a series has been given the green light since the brevity and the need to tell a story that doesn’t need to go any further sounds preferable to drawing it out. A few of King’s stories have been given a movie adaptation rather than a series, apart from a few of his larger books that need miniseries to really get the point across. But The Jaunt is something that would be better off as a movie since it could be built up, have a climax, and then the final scene could show the kid that decides to stay awake during the jaunt and ends up going mad and aging horribly before arriving at the destination. That was one of the creepiest parts really, when King described, in the story, what happened to the kid, since one had to imagine the immense passage of time and what it did to the kid’s every sense as it drove him insane at some point. This kind of story does make a person think about the passage of time, the distance between points, and what it would be like to experience that passage all in one horrible, instantaneous moment. What would it do to a human mind? Some might want to think that it’s all a matter of mind over matter, but there are likely to be a few issues with King’s story and with the perception of those that believe they could take the strain due to being mentally resilient.

Making a series based on this gives the feeling that it might run out too quickly, or that it will be stretched and bear little resemblance to the story, which might actually be a saving grace as well since taking the main element of the story and crafting something else around it might be the best best. Using King’s story as the infrastructure of the series could possibly work, but it would need to differ from the story in a way that would indicate where it came from with where it’s going. Perhaps the jaunt is becoming problematic, or there are people stuck in the jaunt, or someone is trying to get back to that timeless era within the jaunt, kind of like the premise of the nexus in Star Trek: Generations. It’s an idea at least, but one that is likely to be seen as irrelevant since the director of this series is no doubt going to launch into another story of his own making as the project goes forward. There’s a lot of hope that it will be faithful enough to King’s story, but perhaps it will use that initial story as the jumping-off point that might spark the series, which would be another interesting idea. After all, with the jaunt going wrong because of human error/curiosity it’s fair to say that it might spark some sort of controversy that would end the jaunt for a while, which could jeopardize humanity’s continued attempt to colonize the solar system.

There are a few different ideas and theories that might work for this, but personally, I’d still rather see a movie since in that two hours one can become invested in a movie, anticipate the outcome, and then sit back allow the shocking effect of the climax to roll over them. With a series, it takes a bit more to become invested, but hopefully the director will find a way to make that possible.