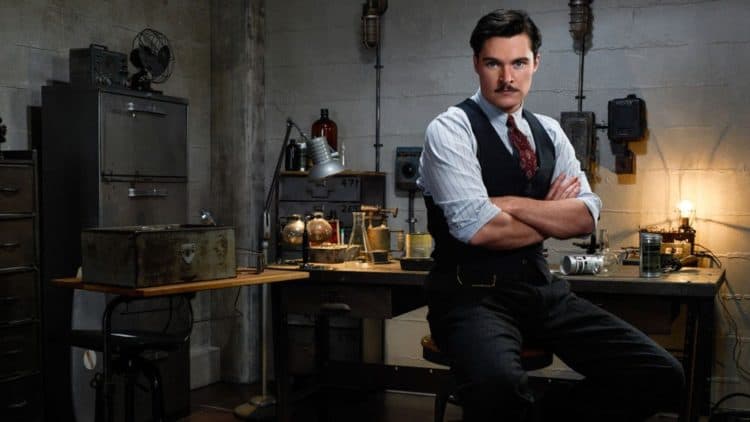 Strange Angel is a historical period drama that is being broadcast on CBS All Access. Currently, it is on its second season, which should provide interested individuals with some measure of assurance about whether it is worth watching or not. Here are 10 things that you may or may not have known about Strange Angel:

For those who are curious, Strange Angel is set in the 1930s. Said decade saw the Great Depression, which caused enormous suffering in the United States and beyond. This was particularly true because the Great Depression is thought to have had a negative effect on popular confidence in existing institutions, meaning that it was one of the contributing factors to the rise of fascism.

2. Centered On a Real Person

Some historical period dramas are focused on fictional characters in non-fictional settings. Other historical period dramas are centered on real people, though their exact faithfulness to the truth of things can still see significant variation from drama to drama. In any case, Strange Angel is an excellent example of the latter, seeing as how it is centered on a real person named Jack Parsons.

3. Jack Parsons Was a Rocket Engineer

Generally speaking, Parsons is known for a couple of things. One, he was a rocket engineer who played a very important role in his field of interest. In part, this is because Parsons was the first person to come up with a rocket engine that used a castable, composite rocket propellant. However, it should also be noted that he was a co-founder of not just the Jet Propulsion Laboratory but also the Aerojet Engineering Corporation, which were in addition to various other achievements.

4. Jack Parsons Was an Occultist

The other thing is that Parsons was an occultist. In the past, this wasn’t particularly uncommon. For instance, Issac Newton might have revolutionized our understanding of physics, but he was also an alchemist who took a very serious interest in the philosopher’s stone. However, Parsons lived in relatively recent times, which is something that has served to make his story that much more interesting for a wide range of people out there.

5. Early Interest in Both Science and Magic

Parsons became interested in both science and magic when he was still in school. For proof, consider the fact that he conducted numerous rocket experiments in those times, with the result that the backyard of the Parsons family home became filled with craters. Likewise, consider the fact that Parsons is known to have carried out a ritual meant to summon the Devil to his bedroom, which actually spooked him into stopping with his occultism for a time because he thought he had succeeded.

In the late 1930s and early 1940s, Parsons converted to Thelema, which was a new religion founded by the British occultist Aleister Crowley. For those who are curious, Thelema is very individualistic in nature, which is perhaps unsurprising when one of its core principles is that each person possesses their own particular combination of skills and talents. Purpose-wise, practitioners are supposed to seek, comprehend, and embrace their True Will, which can be considered their ultimate purpose in life. On a final note, Thelema has deities, but Thelema practitioners have different opinions about whether these deities are actual entities or just archetypes.

7. Suffered Professionally Because of His Occultism

Parsons winded up being booted from both the Jet Propulsion Laboratory and the Aerojet Engineering Corporation because of his interest in the occult. Nowadays, Thelema isn’t particularly controversial, but in those times, it had a very poor reputation, as shown by how Aleister Crowley was once called “the wickedest man in the world.” For that matter, it should be noted that Parsons joined the Agape Lodge, which was actually investigated by both the FBI and the Pasadena Police Department because of concerns that it was a “black magic cult” that was involved in various criminal acts, though said agencies never actually found evidence of anything illegal.

8. Was Indeed a Sex Magician

One of the most sensationalistic-sounding claims made about Parsons’s life is that he was a sex magician. However, this one is actually true because Parsons did actually perform a series of magical ceremonies called the Babalon Working that was supposed to summon a Thelemic goddess called Babalon to the Earth, which included some ceremonies involving sex magic.

9. Got Blacklisted Because of the Red Scare

During the Cold War, Parsons was one of the individuals who were blacklisted because of suspicions of Communist sympathies, with the result that they often lost their jobs as well as their security clearances if those were applicable. In Parsons’s case, he thought that he was blacklisted because he had disseminated one of Aleister Crowley’s tracts called “Liber OZ.” However, it turned out that the FBI was much more concerned about his membership in the ACLU, which was considered to be “subversive” in nature, as well as his one-time connections with Marxists when he was still studying at Caltech. In any case, Parsons’s blacklisting had a very negative impact on his life, so much so that he became alienated from his then wife Marjorie Cameron for a time.

10. Known to Have Used the Motto “Per Aspera Ad Astra”

Parsons is known to have used the motto Per aspera ad astra, which is Latin that translates to something along the lines of “through hardship to the stars.” It is a very popular saying, as shown by its dozens and dozens of appearances in a wide range of contexts both literal and metaphorical. In his lifetime, Parsons became something of a pariah. However, his scientific achievements are now seen in a better light, with the result that he is often considered to be one of the pioneers who made the U.S. space program possible.