Home
TV News
The Strange “This Is Us” Switch-Up: Is Miguel More Likeable Than Kevin Now? 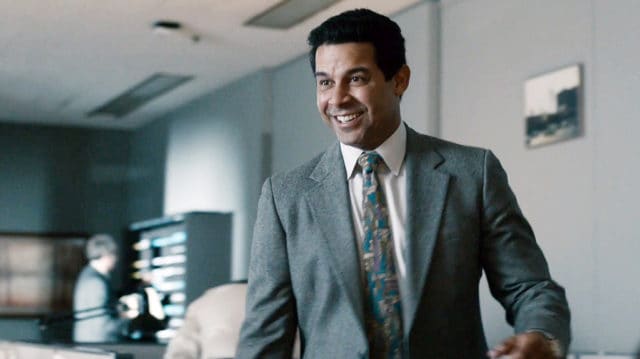 It’s a sentence we never thought we’d say: “Miguel is actually starting to grow on us.”Â In last week’s episode of “This Is Us” (Season 2, Episode 11), we found the Pearson clan in a slightly different setting. Rather than all meeting up for a get-together at Randall’s sprawling mansion, or at Kate and Toby’s sweet apartment, they’re sitting in a circle, looking uncomfortable in a stark meeting room as an addiction specialist guides Kevin toward opening up a group dialogue.

In case you’re wondering just why this therapy session is occurring, let’s rewind just a bit. In the November mid-season finale, our nerves were shot when Kevin, a spiraling alcoholic addicted to both painkillers and fame, embarks on a drunken, fast-speed highway drive. It’s bad enough as it is, but then Randall and Beth’s young daughter Tess pokes out from the backseat.

Thankfully, this episode didn’t end with an edge-of-our-seat emergency a la Toby’s dramatic cliffhanger heart attack-induced coffee table fall in the Season 1 mid-season finale. The writers could have easily shown Kevin entering into what appears to be a wreck, but they must have known our hearts couldn’t take it. Beth and Randall had just endured the emotional pain of reuniting their foster daughter Deja with her biological mom. To take away Tess too would have been too much.

Rather, a cop pulls Kevin over and he’s finally forced to come to terms with the extent of his demons. When we pick back up with him, he’s been in a rehab facility for three months and is working to reverse the damage he’s afflicted not only on himself but on those who love him the most.

Hence, the therapy session. Let’s be clear though, who’s invited and who is not. It’s an exclusive Pearson family session, meaning Beth, Miguel, and Toby are asked to leave. That’s totally cool with Beth, who lamented going in the first place. The self-proclaimed “Other Big Three” spend their afternoon day drinking at a nearby bar (an ironic choice, Toby ponders, considering the circumstances).

During the session, deeply buried emotions come to a head, most notably that of Kevin always feeling ousted by the family. 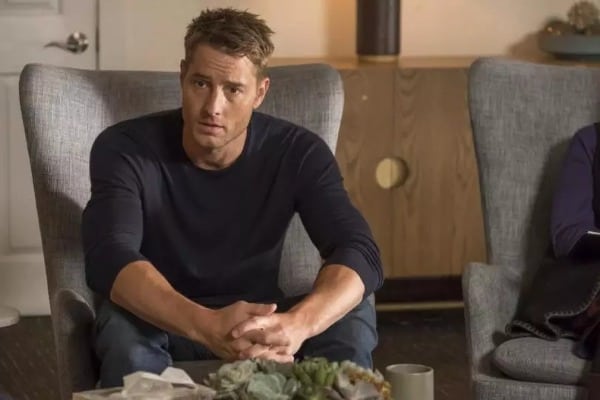 He explains that he was always a “fifth wheel” in their circle. Between managing Kate’s weight struggles and Randall’s genius intelligence, Rebecca and Jack simply didn’t have the extra attention lying around to lavish on him. As a result, he’s sought attention from the media his entire life, striving for the acceptance and admiration he feels he was denied in his youth. Essentially, it’s the basic law of attraction at play, as Kevin has focused his entire life on nabbing that ever-important piece of the spotlight, and as a result, he’s propelled himself toward mass recognition. But does it replace that earlier neglect? Not quite.

Now, he’s just ego-centrical, self-absorbed and talks too much. As if to say what the entire audience is thinking, Randall wonders out loud if he didn’t just plan this entire therapy moment to bring everyone together to discuss himself.

Meanwhile, back at the bar, the Other Big Three are having a really big time. In between shots and darts, though, there are some pretty deep moments. One, in particular, pivoted our original take on new-to-the-group Miguel. For the past two seasons, he’s remained in the background. Sure, he’s been kind and respectful to the entire Pearson clan, but nonetheless, there’s a stigma surrounding him. The crux of the matter is no matter how sweet he might be, he’s married to his best friend’s wife.

Not just any best friend, mind you: Jack Pearson. The incredible, invincible family patriarch that’s made a bevy of dads question if they’re doing enough, saying the right things, or at the very least, if their mustache is on-point.

So we’ve held Miguel at a distance so far, but that all changed last week. As the “others” lament being left out of the inner Pearson circle, Toby mentions how any time he talks about Jack, he enters Kate’s “no-fly zone.” She’ll shut down and refuse to discuss any details. Of course, we must remember, Toby adds, it’s Jack we’re talking about. He’s a rugged, kind, and perfect man that no one can stand up against. That’s when Miguel steps in and says, “Easy. Now you’re entering my no-fly zone.”

Later, when the three compare themselves to the outlying Star Wars character Chewbacca, who’s important to the story but not exactly integral, Miguel quips, “I’m not even Chewbacca. I’m the fighter pilot with no name. But I’m OK with that. You see, Toby, the four of them lived through something very unique — the loss of the best man any of us will ever know. And that’s why they get the light sabers.”

It’s then that we begin to feel a little sorry for Miguel, and a lot more empathetic.

Just like Kevin, he knows his place, and realizes that to change it will require a reversal of the very fabric that weaves together the Pearsons. The only difference? Until he truly begins to make amends and heal, Kevin will continue to unravel it. Miguel, on the other hand? He just might be the one to sew everything back together.