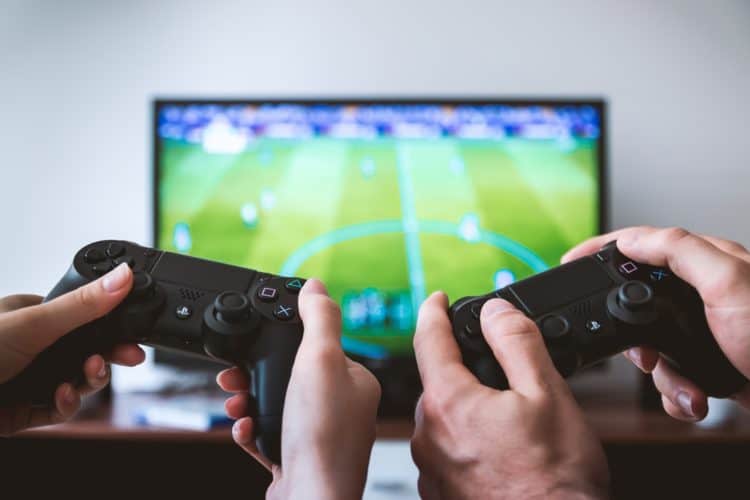 I actually had to laugh after reading the article by Ashley Hagood from Screenrant concerning the idea that video games can be bad for the environment. It wasn’t her article, that was well-written and got the point across. It wasn’t the idea that we don’t need to conserve energy and come up with new packaging and processes for gaming, that I agree with as well. It was the mention that gamers might need to disconnect from their consoles a little more often, even if it wasn’t said in so many words. Just imagine it, thousands, if not millions, of people actually going outside or looking up from their mobile devices to see that big, bright thing in the sky that’s called the sun, to experience what it’s like to feel the actual wind blowing on their faces as they exit their dens, apartments, or wherever they’re holed up playing online with people around the world. I’m exaggerating of course, but the idea that gaming could be bad for the environment isn’t something that a lot of people give a lot of thought to if we’re being completely honest, especially when it comes to those that are actually playing the games. Those that want to argue that gamers really are looking out for the environment must be hanging out with a different breed of gamers since many of those that are deemed stereotypical can get a little twitchy if they’re not on their console or device after so long.

Years ago it might have been easy enough to argue this one away and claim that an office building with people accessing the internet would easily squash any rumors of gamers being a serious threat to the environment because of packaging or because of CO2 emissions brought on by constant energy consumption. Becca Stickler of Blue and Green Tomorrow has a few other things to say about this matter. But these days when there’s a console within just about every house depending on the neighborhood, and there are multiple consoles in some homes, it’s easy to think that the problem might have escalated out of control some time ago. Steps are being taken of course to try and rectify the problem, as consoles are being redesigned to put out less emissions and packaging is now being made from biodegradable materials that will actually break down after a while. But the power consumption, that’s where things get a bit tricky since this is hard to argue that computer and console games and devices have become and even been the biggest trend that society has seen in a long time, as despite the many YouTube videos showing the folly of such a thing people can still be seen walking down the street with their eyes glued to their phones, or can be seen spending more time online and less time outside.

It’s a technological age where too many people have moved inside to huddle and hibernate with their gaming consoles and have to be coaxed outside to do anything or go anywhere. It’s not quite an epidemic thankfully as people still recognize the sun and they still know that there is such a thing as the ‘outdoors’ thankfully, but at some point in the future if things continue to move in their current direction it could be that gaming will begin to at least try and replace the lives we knew when we were kids, when Google might have been seen as an obscene word by some and the phones never left the home. Back then a gaming console wasn’t much bigger than some of the sets we have now, but it was definitely less complicated and for most people it was easy to get bored with it and go off into the wild outdoors to see what it might offer instead. And even better, the energy consumption at that point became much less of a problem. But try getting people off of their consoles now, just try it, and you might find that splitting atoms would be far easier. Some folks live and die on their consoles and only ever get up to go to work, eat, do their daily business, and perform various other functions that are thankfully still necessary and can’t be done in the virtual world. Let’s face it, if some folks could live and operate in the virtual world without fear of starving they might have found a way to do so by now.

Instead of unplugging (heaven forbid we do that!) people are looking into making more energy efficient decisions and have in fact made great strides thus far. For those of us that still shake our heads at how much society has come to depend on technology, particularly for entertainment, it’s losing argument. But in terms of making it safer for the environment we can at least agree that measures taken to keep any and all unnecessary risks to a minimum are a step in the right direction. Tobias Schlichtmeier of Elektronik has more to say about this.