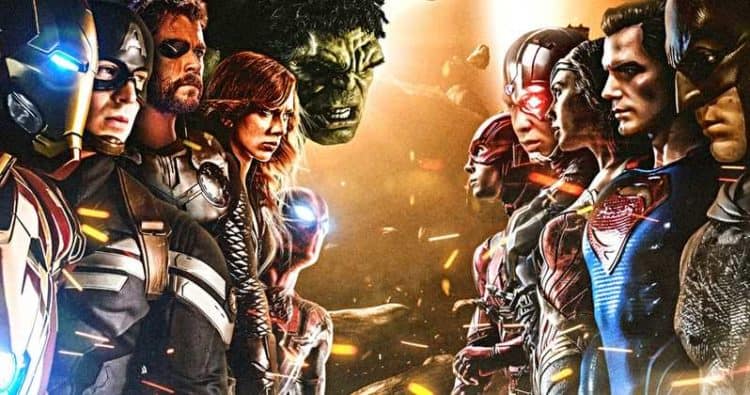 Whether DC Comics or Marvel Comics is the best is an argument that has existed for as long as the comic book companies have competed. Which of the comic books people prefer often comes down to which comic created their favorite character. Therefore, there is also the ongoing debate over which comic books has the best superhero, villain, or other characters. Now, US Dish has undertaken a study that has put an end to the whole comic book debate.

According to We Got This Covered, there are loyal fans at both ends of the spectrum, but the new report shows that there is a clear winner. US Dish pulled data from Google trends to determine whether people preferred Marvel or DC. They did this across all the states to find out if there were differences across the United States and if there was an overall winner across the country.
The results showed that 32 states clearly favor DC Comics, while just 14 prefer Marvel. There are fours states that are undecided which is the best; Alaska, Hawaii, Kentucky, and New Mexico. According to these statistics, DC Comics is clearly the favorite across the United States. This may have surprised many comic book fans as the previous year, the data showed that Marvel was the clear winner. Therefore, there has been a surge in the popularity of DC Comics in the last year.

The study also showed the most popular characters in each state, and there were some rather surprising results. Six states name their favorite character as The Incredible Hulk and four states chose Wonder Woman as their favorite. However, the overall winner is Superman, with eight states choosing this comic book superhero,   It is interesting to note that geography may have played a part in the favorite choices of some states. California native Captain Marvel was chosen by the people of California. Similarly, Aquaman got the vote of the Hawaiians.

Another interesting point about the statistics is that the choice of favorite superhero does not necessarily reflect the state’s choice of a favorite comic book. One example of this conflict is the results from Florida. While the Floridians chose DC Comics over Marvel, they named their favorite superhero as Marvel Comics’ character The Incredible Hulk.  It is possible that the films released that are based on the comic books’ characters and storylines have impacted on this switch from Marvel Comics leading the way to DC Comics having a massive surge in popularity and becoming the winners across the United States.

In December 2018, the DC Comics character Aquaman was the focus of a film by the same name, and this became the best performing movie based on a DC Comic character of all-time. The film was made on a budget of $160 million, and it grossed $1,147,761,807 at the worldwide box office. The popularity of this film may have helped DC Comics to jump into the lead. This is slightly surprising as Aquaman is not one of the most popular superhero characters from comic books. According to the data on Wikipedia, there are only a handful of other DC Comic films that have broken the $1 billion mark at the box office. Others include the 2012 film ‘The Dark Knight Rises’ and its 2012 predecessor ‘The Dark Knight’.

Of course, there have also been some rather catastrophic releases based on DC Comic characters. The 1984 film ‘Supergirl’ was made on a budget of $35 million. This was a huge flop as it only grossed $14.3 million at the worldwide box office. After the release of two reasonably successful Batman films, DC Comics and Warner Bros. were hopeful for a third hit. Unfortunately, after making ‘Batman: Mask of the Phantom’ on a budget of $6 million, the film made only $5.6 million. Fortunately, the Batman movies that followed performed better at the box office.

There are also several Marvel Cinematic Universe films that have exceeded the $1 billion marker. The first to achieve this was ‘The Avengers’ back in 2012. Others that have topped $1 billion at the box office include ‘Iron Man 3’, ‘Avengers: Age of Ultron’, ‘Captain America: Civil War’, ‘Black Panther’, and ‘Captain Marvel’. However, it is worth noting that the last two Marvel films haven’t done quite as well as other films in recent years. ‘Dark Phoenix’ was released on June 7, 2019. It was made on a budget of $200 million and has barely made a profit grossing just $249 million. Shortly after the release of that film, ‘Spider-Man: Far From Home’ was released on July 2, 2019. There were great expectations for this film, which was made on a budget of $160 million. Grossing just short of $578 million, the film did reasonably well. However, the figures were nowhere near as good as the films released the previous year. While DC Comics has taken the lead in the comic book stakes, it would seem that fans still favor the Marvel Cinematic Universe when it comes to films. However, there are die-hard fans at each end of the spectrum who will probably never have their loyalty swayed.