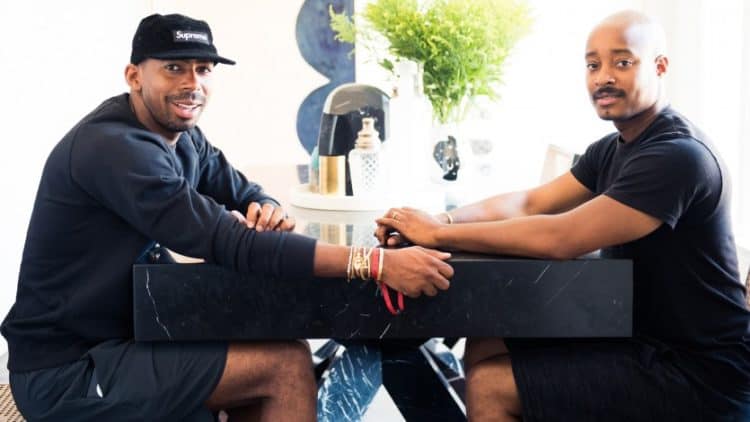 “Styling Hollywood” is one of the newest reality television series to become available on Netflix. If you haven’t heard about it yet, don’t feel bad, because the full season of the show was only released on August 30th of 2019. There’s barely been time for newcomers to get caught up on all eight episodes of the new series. The show features the work of famous celebrity stylist Jason Bolden, along with interior designer Adair Curtis. Here are ten things that you probably didn’t know about the show to help you decide if it’s something you’d enjoy tuning into.

1. The show is completely unscripted

When we hear the phrase “reality television,” we automatically think that it’s placed in a real-life setting, but most are scripted to get the most entertainment value out of them. We’ve learned that “Styling Hollywood” is filmed completely without a script. In fact, it’s classified as more of a documentary type show, so what you will see is what really happened as the cameras were rolling.

2. Bolden and Curtis are married

Jason Bolden and Adair Curtis are the stars of the show “Styling Hollywood.” The two men are married. Together they own JSN Studio and this is the locale at which the series has been filmed. They are not only partners in their business and the reality show they star in, but they are also partners together in life.

3. Jason started out as a medical student

Jason Bolden is a native of St. Louis, Missouri. He’s always had a sense of style and fashion, but he didn’t start out his life with the intention of becoming a celebrity hairstylist. When he first went to college, he was a pre-med student with the intention of working in the medical profession and becoming a medical doctor. he even enrolled at Northwestern University in the pre-med program and moved to Chicago, Illinois for school. He needed money to continue his education and when he landed a job at Cynthia Rowley, he knew that his destiny was in the fashion industry. He didn’t quit school, but rather switched his major and continued his education at the Art Institute of Chicago to follow his true passion.

While working in high-fashion retail stores, Bolden met several A-list celebrities. He opened his own vintage clothing store in New York, and he called it The Garment Room. While in that business he got to know actress Gabrielle Union and the two developed a close relationship. She was his very first celebrity customer.

The series is all about fashion and style for certain, but perhaps the even more important theme is one of love. As a married gay black couple, Bolden and Curtis have had their share of adventures. They not only must work to make their joint business successful, but they also have a relationship to tend to. The show takes us into the couple’s relationship and we see the struggles and the joys that they fact together. The show gives us a positive look at black gay life and presents the two in a positive life that could also serve as an encouragement for others who are up against difficult circumstances.

Bold Jason and Adair have electric personalities. They’re nice guys and they’re entertaining to watch. These two are a perfect match because they know how to make life fun. There is something precious about their relationship both on a personal level as well as in the way that they conduct their business. If you want to genuinely feel good about humanity, this show can give you a warm and fuzzy feeling throughout the entire episode. There’s just something about it that is a real pick me up.

Have you ever wondered how these famous celebrities come to look so amazing when it’s time to walk the red carpet? Most of these people were not born with flawless looks, but they do get help to achieve the aesthetic. They can thank Jason Bolden for that. He’s the guy that works the magic that makes the stars glamorous and beautiful.

Jason Bolden is a perfectionist when it comes to fashion and style. While watching the show, we couldn’t help but notice that he can’t even let the smallest detail slide. If something is even the slightest bit out of place, he jumps right in to fix it, such as adjusting the couture, straightening or positioning. He knows what looks good and he also knows what looks perfect, and believe us, there is a difference between the two.

9. If you love the Fab Five you should watch “Styling Hollywood”

Some years back we were thrilled with the Fab Five who starred in a similar series called “Queer Eye for a Straight Guy.” They were miracle workers who could take an average looking guy and transform him into the absolute epitome of eye candy. We’ve noticed a few similarities with Styling Hollywood, at least in their passion for bringing about transformation.

10. “Styling Hollywood” has a shot at becoming big

After reviewing the new reality series, we have a really good feeling about the likelihood of success for the new series. It’s entertaining, the stars are funny, sincere and very talented and it has all of the elements that make for good entertainment. If you haven’t yet seen the first episode of “Styling Hollywood,” then we recommend you give it a try. You can find it on Netflix and stream the show at your leisure. You can also find all 8 episodes to catch you up on the full first season.