Home
Suburgatory
Suburgatory 2.12 Sneak Peeks: Dallas Gets Thrown Out of the Country Club

Dallas Royce has never been one of theÂ snobbier residents of Chatswin, asÂ she was the first person to accept George and Tessa into the SuburgatoryÂ fold, but like everyone who has lived in an area for a while, it’sÂ become a major part of her identity.Â She’s gotten used to certain luxuries, both tangible (the country club) and not (the feeling ofÂ superiority over those from East Chatswin), and not having them would be a disorienting experience to undergo.Â What happens when Dallas is forced to examine the role that the town and theÂ statusÂ she has for living there have on her life?

On the next episode ofÂ Suburgatory, Dallas learns that 58% of her home lies within the East Chatswin city limits; as a result,Â she immediately gets thrown out of and banned from the country club and Dalia is forced to attend East Chatswin High, whereÂ she meets their version of herself and the KKK. Dallas will have a hard time in divorcing Chatswin from her identity and reverting back to being one of the “others” fromÂ East Chatswin, though a little time on the outside might be good for giving her perspective on the way they treatÂ East Chatswin and empathy for those not in the majority.

Elsewhere onÂ Suburgatory, Tessa becomes involved with the highÂ school’s television channel, particularly theÂ show Teen Talk, whichÂ she helps produce. But when Ryan is tapped toÂ star on theÂ show,Â sheÂ struggles with her role, both in terms of having to be the boss of her boyfriend and losing the independenceÂ she had whenÂ she worked on it without him. Tessa’ll have to either adjust to having Ryan heavily involved in her academic life or quit theÂ station to let him have a moment in theÂ spotlight.

Suburgatory airs Wednesday at 9:30 on ABC. You can check out a recap of the most recent episode here.

How will Dallas adjust to not being a member of the country club? Will Dalia and Daisy eventually come to a truce?Â Should Tessa or Ryan quit their position on Teen Talk? 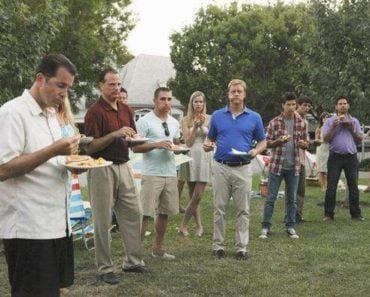