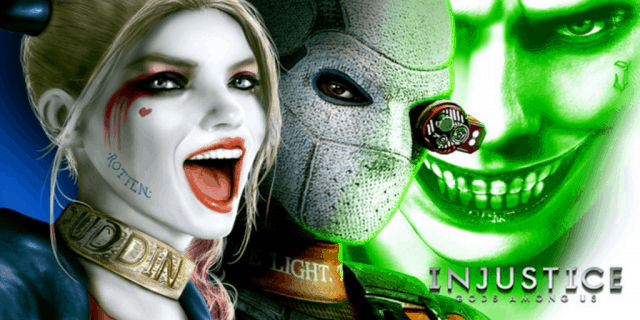 Did you see Harley Quinn, Deadshot, and Joker inÂ Suicide Squad and think to yourself, “I really want to beat up Batman as these characters”? If so, you’re in luck.

Injustice: Gods Among Us, the incredibly popular fighting game featuring DC Comics characters in an original storyline that fans have been flocking to since its release (and has a sequel on the way), has just added new characters to the mobile version of the game to capitalize on the release of the film.

Deadshot, portrayed in the movie by Will Smith, is a brand-new character for the game, and both Harley Quinn and Joker (played in the film by Margot Robbie and Jared Leto, respectively) have received new skins for the game based on their in-movie designs.

Check out the description for the latestÂ Injustice: Gods Among Us update:

Are you excited about these new additions toÂ Injustice: Gods Among Us? Let us know your thoughts in the comments down below!

Suicide SquadÂ is now playing in theaters.Â Injustice: Gods Among Us can be downloaded now in the App Store or from Google Play.