Home
Movies
‘Suicide Squad’ Soundtrack Is the Best of the Summer: Review 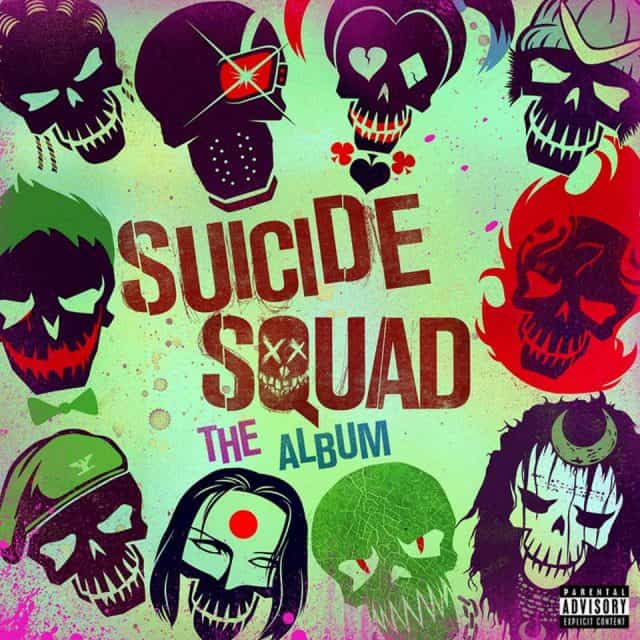 With the release of a major blockbuster comes a major soundtrack, andÂ Suicide Squad is no exception. Along with the film’s theatrical debut,Â Suicide Squad: The Album, the official soundtrack of the movie, released today in stores and digitally. Taking a cue from films such asÂ Guardians of the Galaxy,Â Suicide Squad‘s soundtrack is full of music from and inspired by the film, and an official score for the movie released separately.

If you like rap or hip-hop, then there’s a lot to love inÂ Suicide Squad: The Album. The soundtrack kicks off with “Purple Lamborghini,” the pseudo-title track to the film from Skrillex and Rick Ross. The track was used heavily in the film’s later promotion, and it feels like a classic meta-rap that you’d frequently hear in the 90’s (I’m a bit surprised that they didn’t as star Will Smith to contribute, as this type of thing seems right up his alley). The song is full of references to the film, but it can easily serve as its own single that will just pump you up.

Following up “Purple Lamborghini,” we’re treated to two slightly slower songs that were also featured a lot in promotional materials. “Sucker for Pain,” from Lil Wayne, Wiz Khalifa, and Imagine Dragons, and “Heathens,” by twenty one pilots, are both strong songs on their own, but the lyrics play well with the theme of the film. “Heathens” is possibly the strongest solo track on the entire album, and I can see it getting a ton of radio play completely separately from the movie.

The next portion of the album features some great new tracks from Kehlani, Kevin Gates, and more, but the highlight of the portion is probably “You Don’t Own Me” from Grace (featuring G-Eazy). If you’ve payed attention to trailers for the film, you’ve most definitely heard bits of this one before. The song works spectacularly as an expression of self-control and strength, and I really like it as an expression of Harley Quinn and her life apart from the Joker.

The final four songs on the album are covers of two songs from trailers (“Bohemian Rhapsody,” covered by Panic! At the Disco, and “I Started a Joke,” from ConfidentialMX and featuring Becky Hanson) and two classic songs that make an appearance in the context of the film (War’s “Slippin’ Into Darkness” and Creedence Clearwater Revival’s “Fortunate Son”) that round out the album in a strong way while, again, drawing clear inspiration fromÂ Guardians of the Galaxy (which isn’t at all a bad idea).

Overall,Â Suicide Squad: The Album works extremely well on its own, but it adds an entirely new level to the experience of the movie when used in conjunction with the film and its characters.

Suicide Squad: The Album is available now. Have you checked it out? What did you think? Let us know your thoughts in the comments down below!

Suicide Squad: The Album works extremely well on its own, but it adds an entirely new level to the experience of the movie when used in conjunction with the film and its characters.