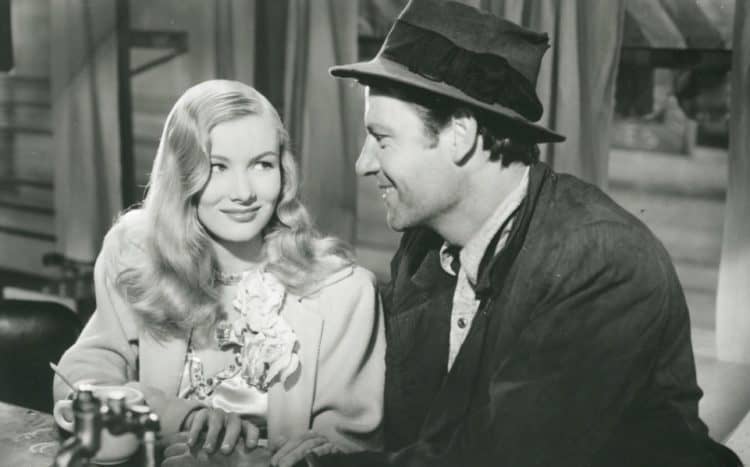 The film Sullivan’s Travels is characterized by esteemed film critic Leonard Maltin as a “landmark Hollywood Satire” (Garrett) where “slapstick and sorrow blend perfectly” (Garrett). The 1941 picture was also the high water mark in the prestigious career of the film’s writer and director Preston Sturges. Although Sturges’ career lasted far shorter than it should have, he was no doubt a master of implementing the technical elements of the Hollywood style.

A prime example of Preston Sturges using the technical elements of the Hollywood style occurs at approximately the 23:40 mark of the film. This is the scene where Sullivan first encounters the “despondent extra-girl” (Crowther) portrayed in the film by actress Veronica Lake. The scene is initiated by a pan from left to right to introduce the exterior of the scene, which is a diner, cut to an eye level shot of Sullivan entering the diner. Whimsy, flowing, extra-diegetic music is introduced to convey a mood of light hearted action. The camera then pans right to see Sullivan seated. Sullivan relays his order to the cook after which the action cuts to a medium-long shot of Lake’s character. She is standing with her back at the camera at the end of the diner. 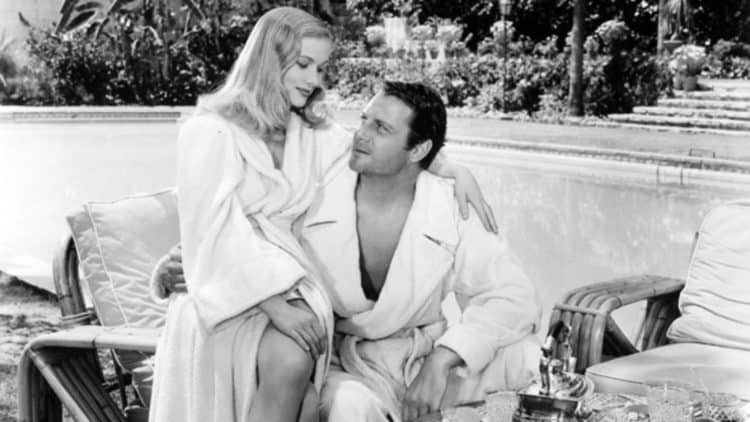 This is the introductory shot for Lake’s character, “The Girl”, and immediately establishes her as out of place for her surroundings due to her dress and immaculate appearance. This demonstrates Sturges’ brilliant grasp of the mise-en-scène, a technical element used to progress and convey a scene without dialogue. The costume design, which is an element of the mise-en-scène, instantly establishes the juxtaposition between The Girl and Sullivan as Sullivan’s costume design is trying desperately to convey the appearance of a tramp. Lake’s costume design also served a practical purpose due to the fact that she was in actuality six months pregnant during filming. As Sturges did not want to lose Lake but could not change the story to include a pregnant woman, he had to reconsider the mise-en-scène for every scene that he originally wrote for the picture to account for Lake’s condition. It was “Paramount’s legendary costume designer Edith Head tasked with making costumes that concealed Lake’s condition, and she did such a wonderful job that it is hardly noticeable onscreen” (Garrett).

The shot then pans from left to right to see The Girl cross the diner floor to sit next to Sullivan with several elements in play. First, the key light is established as a natural light from the “window through which exterior light comes” (Belton 52). The use of natural light negates the use of traditional three-point lighting as the “lighting setups are realistically motivated” (Belton 52). As The Girl crosses the small diner to meet Sullivan, shadows work to conceal and reveal her face conveying that she is indeed the quintessential mystery woman. The pan shot of The Girl crossing the diner floor also greatly establishes the mise-en-scène as the audience has now been introduced to the entire setting within which the scene will take place. As the introductory medium-long shot pans right to show The Girl cross the floor to encounter Sullivan, the use of zooming is implemented to reveal Lake’s character proximity to Sullivan. As The Girl steps forward toward the camera and takes the seat next to Sullivan at the counter, a medium close up is established. Sturges’ use of the medium close up fits neatly within a technical element of the classical Hollywood in which they are used “in most sequences in which two characters converse with one another” (Belton 50). 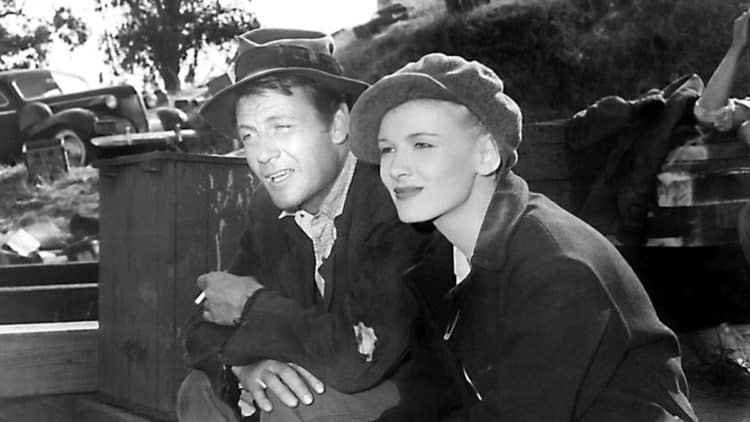 As the two characters banter at the counter, Sturges’ use of the mise-en-scène element of set design via the diner counter is masterful. Sturges beautifully achieved a “classical economy and efficiency in character delineation” (Belton 44) by having the two characters use the table counter props, such as the ash trays and coffee cups, to advance the narrative. It is at this point in the scene where Sturges’ brilliant editing work becomes noticeable or rather, not noticeable at all.

As the famed Hollywood editor Dede Allen stated in the 1994 episode “The Hollywood Style” of The American Cinema Series, “You should never be aware of cuts. You want to feel as though that scene is taking place in front of your eyes”. Sturges achieved this classic Hollywood element, known as seamless editing, very effectively during the last two minutes and forty seconds of the scene. As the two characters are sitting on the outside of the diner counter talking, Sturges makes a match on action to display the conversation from a side angle. As The Girl makes some rather blunt statements to Sullivan, Sturges cuts to the cook for a reaction shot. Sturges cuts from the medium close up of The Girl and Sullivan to the reaction shot of the cook for a total of three times, settling back on the initial shot of frontality. This series of shots is made seamless by Sturges achieving graphic matches, eye line matches and matching the external diegetic sound all while never violating the 180 degree rule. The scene ends with Sullivan standing up from the counter, vowing to return to the diner with a car as Sturges dissolves into the next scene with Sullivan behind the wheel.

Technical elements of the Hollywood style run repent through this scene from the mise-en-scène to the music and sound to the seamless editing. Preston Sturges’ mastery of these elements truly demonstrates why he was hailed as a genius in his own time as well as today and made Sullivan’s Travels “both of its time and timeless” (Garrett).