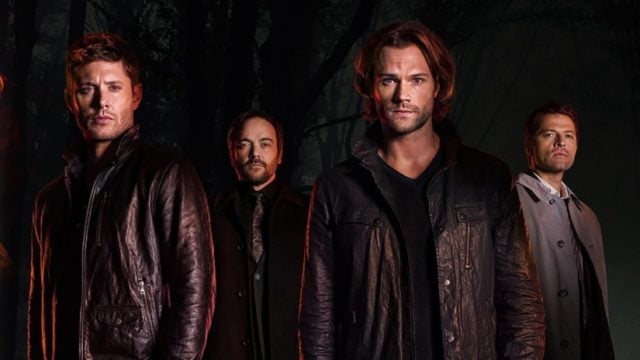 Season 13 of Supernatural is set to launch and it is rather different to former seasons of this American fantasy horror television series. The show was first launched in 2005 on The WB and was created by Erik Kripke. It then became part of The CW line up as they were the successors to The WB. The series follows two brothers, Sam and Dean Winchester, on their mission to hunt and destroy monsters, ghosts, demons, and a variety of other supernatural beings.As the series has continued, the storylines have become more elaborate and dramatic and the most recent seasons could even be considered epic.

In series 10, the brothers kill death himself while in Season 11, God, also known as Chuck, arrived along with his destructive sister ‘The Darkness’. The battle that ensued between God and his sister nearly ended creation. Things got even more dramatic in Season 12 of ‘Supernatural’ when the Winchesters and nearly every other hunter in America were almost wiped out by the British Men of Letters. This sadistic and emotionless group were overcome by Sam and Dean but more drama was to follow.

Kelly Kline became unwittingly pregnant with the child of Lucifer, Jack. Lucifer took Mary Winchester with him when he got trapped in an alternate reality on the other side of the portal and Castiel was killed along the way. With such a dramatic storyline in the last season, it makes for fans of the show to think that there are even more dramatic events about to take place in Season 13. So, can fans of ‘Supernatural’ expect bigger and better things from the new season?

Actually, the reverse is true as the producers of the show have decided to take a completely different approach in the new season. Rather than trying to outdo the dramatic events of previous seasons, they are using a smaller story. Instead of focusing on dramatic events, the focus of Season 13 is all about family bonds and sadness.According to Robert Singer, one of the show’s executive producers, they have deliberately opted to center this season around emotions and make the story more personal.

Sam and Dean are having to deal with Satan’s son and also cope with their mother trapped with Lucifer in the Apocalypse world. In the last season, one of the main themes was bringing the family back together so it made sense to concentrate this season on how everyone copes when the family is blown apart.Regardless of the storylines in each season, one of the main themes that run throughout the series is the relationship between the Winchester brothers and this is a theme that will continue in Season 13.

Although most of the main cast will return this season, there is one member of the Winchester circle who is not returning. In Season 12, Crowley, played by Mark Sheppard, sacrificed himself to stop Lucifer in his tracks. Although people have died and then returned in this series in the past, Sheppard has said that a return for Crowley is not planned at this time.