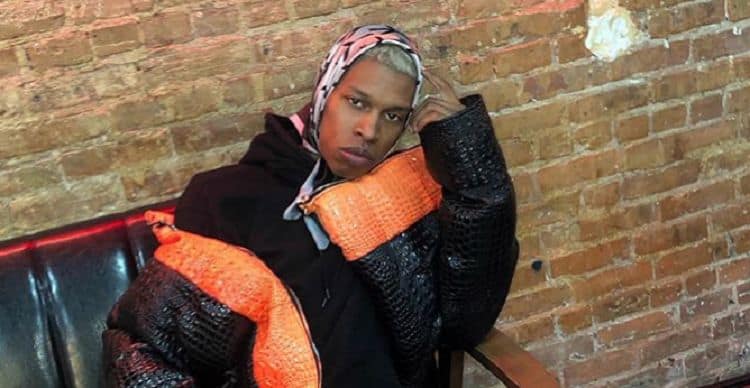 One thing that endears celebrities to their fans is their sense of style. Once you are on the public radar, your dressing style and overall composure need to be on point always. The thing we as fans fail to realize,is that most of the time is that it takes more than one person’s effort to bring his or her fashion’s A-game. Mostly, stylists helps the celebrities get their fad on and impress wherever they step. The hip hop scene is known for its extravagant and flashy style. One stylist who seems to understand the hip hop culture when it comes to dressing is SuperDope Q. To get to know more about this fashion enthusiast, stick on as we go through ten things you didn’t know about him.

He was born Quinton Stockwell, though there is not much information when it comes to his early life. However, from his interviews, it is evident that he is around 27 years old, with 28 being on the higher side. According to Young and Great, he was born and raised in Milwaukee, Wisconsin. As he grew, he went south to Atlanta, Georgia, where he delved deeper into fashion. It is still not known whether he has siblings and the identity of his parents.

2. He Is Related To The Latimores

Among the most talented musical families focusing on the RnB genre is the Latimores. The Latimore brothers are a musical group known for their smooth vocals. Their nephew, Jacob Latimore Senior’s son, is Jacob Latimore Jr, who is an actor, singer, and dancer. SuperDope claims Latimore Jr is his younger cousin and has even styled his attires severally. It may mean that he has artistic blood through his veins courtesy of his association with his musical kin.

Many artists begin seeing signs of their gifts when young and the same applied to SuperDope. According to Rolling Out, Q says he started young -while still in school. He attended various talent shows, won prom king, and was also the best dressed in his class’s yearbook. It is evident that fashion was always his thing, and he brought his best, as evident by his work.

4. Starting As A Stylist

When he identified he had a knack for trends, he began exploring various outlets as he did not have a precise bearing yet. To get closer to his target market, he started working with models and attending video and photoshoots. This participation and interaction with models put him in the mix of the industry he wanted to get into. He got the opportunity to do casting calls from Cay Clark Casting, and sooner, he had French Montana as one of his clients. The rest, as they say, is history.

5. Him And Jacob Latimore

As from his many interviews, he will once in a while namedrop the young Latimore. As earlier hinted, they are cousins, and they seem to share a close bond. He credits Jacob for having his back when starting, and he was and still is his designer. According to an interview with Always Dasia, they did their first magazine cover together, and from then, the sky was the limit for the two artists.

Q is very business-minded, and it seems no obstacle will come his way. When he started demonstrating his knack for fashion by styling models and celebrities, he used to do it free of charge. However, as they came back for his splendid touch, he started asking for tips, and the tips eventually morphed to client fees. As his brand developed, he debuted his clothing brand and even opened a store in his hometown of Milwaukee. He also has a cologne brand and had plans for his tequila brand. If he keeps up with this pace, he will soon sneak up to the corporate levels, with his brand being among the most visible.

One of the most captivating things about this vogue enthusiast is his name, SuperDope Q. Asked about it, he says it means the greatness he exhibits and the goals he aims for. In slang, dope means something fascinating, and super shows how extreme the degree of the adjective is. The Q is the first letter of his legal name, Quinton.

Aside from featuring in the world of trends, SuperDope is also a rapper. He is still working his name up in the Atlanta scene, using his growing popularity to market his music. From his YouTube page, he has two songs with the most prominent being Bounce It. The song features Big Dreco and has 11000 views presently.

Like with any businesspersons, there are clients that he has set his eyes on. Top on the list is Drake. He feels that Drake has a style that he can work on to bring the best out of him. Among his list of clientele includes the Migos trio, Young Dolph, Miss Mulatto, and many more.

SuperDope Q has his body covered in tattoos, which are visible on his neck and arms. He is inked in slang, which made him a perfect fit for the Black Ink Crew. Black Ink Crew is a reality show set in a tattoo shop in Harlem, New York. He is a cast member after reports surfaced of him joining the show in late January 2020. He seems to be picking up pace in the show, all is left is to wait and see how he interacts with fellow castmates.

SuperDope Q is an emerging name in the fashion industry, with a portfolio containing big names from the hip hop fraternity. Above are ten things about him to help you know him better. Follow him on social media or catch him on the latest episodes of Black Ink Crew.