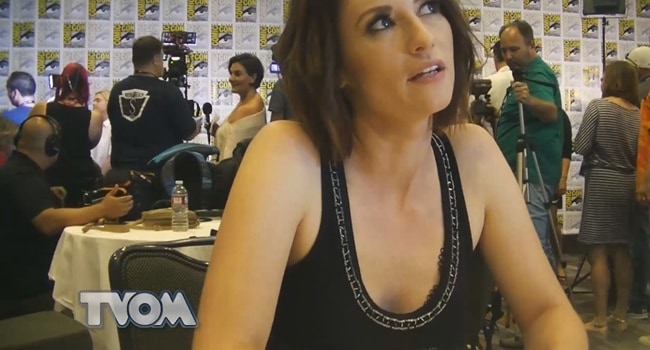 Last week at San Diego Comic-Con, TV Overmind participated inÂ SupergirlÂ Press Room with several outlets to chat with the cast and crew behind the show to get some insight into what is coming in Season 2. Chyler Leigh, who plays the butt-kicking Alex Danvers, sister of Supergirl, was one of the great talents we got to speak with as she teased what is coming up in Season 2.

-Teasing what’s coming up in the father-daughter like relationship for J’onn and Alex.

-Her reaction to finding out that Harewood was actually playing Martian Manhunter instead of Hank Henshaw.

-Whether she may have any scenes and interactions with Lynda Carter’s President.

-Leigh’s excitement about moving to The CW and become part of their universe in the 4-Show crossover.

Supergirl Season 2 begins on Monday, October 10 at 8/7c on The CW. Stay tuned for more roundtable videos of the cast and producers in the next few days right here at TVOvermind. What are you most looking forward to in the second season of Supergirl? Let us know in the comments below.