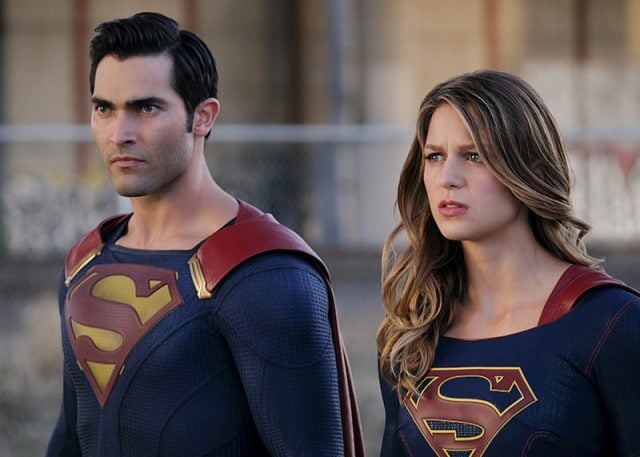 Coming off last week’sÂ Supergirl Season 2 premiere, I was eager to see what Episode 2 would bring. Needless to say, the episode did not disappoint, getting more right than what it got wrong.Â Right off the bat, the episode continues the positive energy and charming dynamicÂ from the season premiere with Superman and Supergirl jumping into action against a fire and then foiling a couple of bank robbers.

It cannot be said enough how well paired Benoist andÂ Hoechlin are in this series. Any and all fans that gave the debut image ofÂ Hoechlin in costume any flack are now eating their words now due to his performance. One of the major themes of the episode was change, coming across very heavy-handed at times with Cat Grant announcing her leave of absence, Kara’s new boss (Ian Gomez debuting as Snapper Carr), Clark/Superman heading back to Metropolis, James Olsen stepping in as Cat Grant’s replacement, and Kara trying to deal with it all. Gomez’s Carr will no doubt prove to be a challenge for Kara as she shifts working under the serious yet mentor type relationship of Cat Grant to Carr’s more abrasive personality and lack of care for someone who just “walked” into a job.

Personally, Cat Grant announcing her leave is one of the episode’s highlights.Â This spectacular scene is a far cry from the icy media queen we met in Season 1. Even though we knew it was coming (since it was announced that Calista Flockhart would be no longer be a regular this season), it did not lessen the blow. The way Benoist and Flockhart played off each other shows just how far they’ve come. Cat making her exit with an inspiring speech was exactly what Kara needed to hear to deal with Carr and the multitude of change around her. Come back soon, Cat!

DemonstratingÂ impressive range, Hoechlin shows the three main parts of Superman fans know well. We all know about the charming, boy scout side. However,Â following a battle with villain of the week Metallo – Hoechlin nailsÂ the angry, ready to rampage side after finding out theÂ DEO lost a ship full of Kryptonite, further escalating hisÂ conflict withÂ J’onn J’onzz. All during this, Hoechlin claims more screen time, showing the vulnerable side we’ve seen in all forms of media featuring the Man of Steel.

I think Supergirl‘s move to The CW was for the better as the fight scenes have vastly improved. Knowing how to do more with less, the crew is faced with this on shows likeÂ ArrowÂ andÂ Legends of Tomorrow.Â Showing us our first look at Metropolis in the series, the series made great use of its location and variety of characters in the fight with Metallo(s). Alex (bringing back that exoskeleton from Season 1) getting in on the action and kicking some butt alongside Supergirl and her famous cousin was especially fun.

One of my biggest problems with Season 1 was the lack of consistent villains. While Season 2 is already improving on this aspect from Season 1 with the Cadmus storyline, I do think that it is being rushed a bit to get down to the mystery of what happened to Jeremiah Danvers (Dean Cain), after he was taken by the shadowy organization.Â I’m not sure that I buy Brenda Strong as a villain just yet. As the leader of Cadmus,Â her type of villain leans toward being an annoyance rather than someone who can truly pose a threat.Â Maybe things will change (see what I did there?) later in the season, but I’m hopeful Berlanti, Kreisberg, and the rest of the creative team will pull off something amazing by the time the crossover arrives in December.

Other thoughts and favorite quotes:

Kara and Clark continue to team up as they try to save both National City and Metropolis from Metallo in the great second episode of Supergirl Season 2. 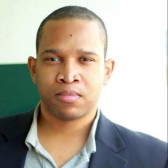