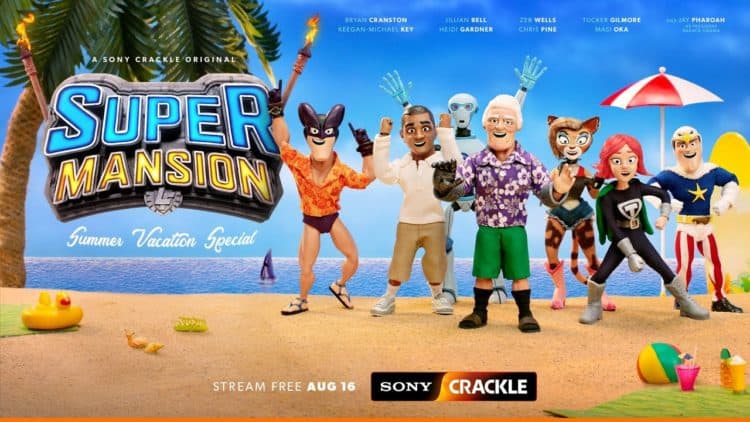 Crackle’s SuperMansion Summer Vacation Special aired two weeks ago to laughs as Titanium Rex and the team headed to Hawaii and run into a vacationing former President Barack Obama. The episode also centered around Black Saturn and Lex teaching Cooch how to swim, and American Ranger attempting to perform in a USO show while an evil threat brews under the sea. Additional new episodes of season three will return this fall, featuring Oscar and Emmy-nominated actress Minnie Driver joining the cast in a recurring role as Debbie Devizo. Â Adding to the Vacation Special fun was the score by composer Kurt Oldman whom, alongside Zeb Wells and director Alex Kamer, came up with the idea to musically reference the style of some of their favorite 70’s and 80’s TV shows such as The Brady Bunch, Hawaii Five-0, The A-Team. Another highlight of the episode was the 60s style beach song that the whole cast created together. Oldman discusses the Special and a few other topics below in the exclusive interview.

-You recorded a 60’s beach song for the Vacation Special that recently aired with the entire cast. Can you tell us how this came about? Does the entire cast come to your studio with something like this or how does that work?

Most of the songs where written before the season starts animation or voice over recordings. We have an initial meeting before each season where we talk details about a lot of the episodes that require songs or special musical treatment.

This particular song was written into the script. I can change the words if necessary but there are usually small tweaks I need to do to fit a rhythm or a phrase. I write and produce an initial demo where I do all the characters’ voices myself and then send it off the the producers for approval. Once the demo is approved it gets cut into the animated storyboards of the episodes. When the episode is approved by the studio we record the actors’ final voices for the songs at Stoopid Buddy Stoodios in Burbank. The actors are usually recorded separately due to technical and scheduling reasons. The recordings are then transferred back to my studio where we edit the vocals, replace any instruments if necessary and produce the final song. 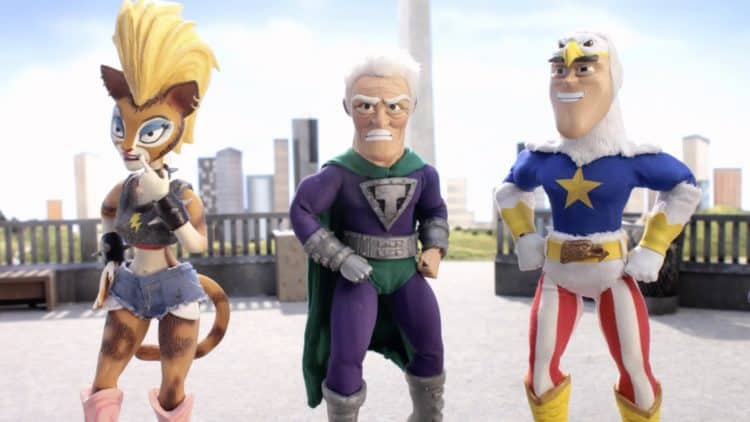 -Bryan Cranston has done some songs for the show, rapping as Rex. What was that experience like? A lot different than we have seen him on Breaking Bad.

I think he should have done more singing in Breaking Bad! He’s a real trooper with the stuff I have put in front of him. There has been some really difficult material and most of the songs he doesn’t get in advance. It was difficult when I first started working with the cast because I really didn’t know their singing range. On top of that you have to take into consideration that they are doing a ‘character’ and we want to maintain that quality in the songs. I remember when we did the ‘Mr. Skibumpers’ song for the Christmas Special, I didn’t know I was writing for Jim Parsons and he nailed it. Sometimes we transpose the reference tracks on the fly and then rerecord the music in a new key later. That keeps things very fluid.

The thing I love about Bryan is that he goes all the way and beyond. He’s absolutely fearless that way.

-Beside Bryan Cranston rapping, which can’t be topped, has there been another highlight for you creating a sound with one of the actors?

Chris Pine blew my mind. He is one hell of a singer and puts his own twist on everything. He also has about 250 characters floating around in his head. Scary really how many voices he’s done on this show. Yes, I’d definitely love to do more songs with Chris. We were talking about Dr. Devizo having a song in the last session. Now that would be wild.

Keegan-Michael Key has a super-fun energy. There are definitely some people who surprise you and Keegan is one of those guys. I just remember when I first heard his voice thinking, “Wow, this dude can really sing.”

I’ve given these guys some challenging material that’s for sure, without any time to prep really. They’ve all been troopers and have done a wonderful job.

-We’ve heard a lot of composers say that when a series is able to be binged watched they sometimes have a different approach to scoring it, somewhat like a feature film. If SuperMansion were to be on a streaming channel like Netflix and available to binge watch, do you think you would score it differently?

I don’t think binge watching should really be taken into consideration when approaching a score but I do see how the overuse of themes or motives could present a problem if not carefully arranged. A lot of what we do as composers is storytelling, that doesn’t change based on how a viewer chooses to enjoy a show. I prefer to do arrangements of themes instead of straight reuses of a cue. Due to time constraints, that’s sometimes out of the composer’s hands and lands on the Music Editor’s lap. You can binge watch SuperMansion Season 1 and 2 on Crackle. 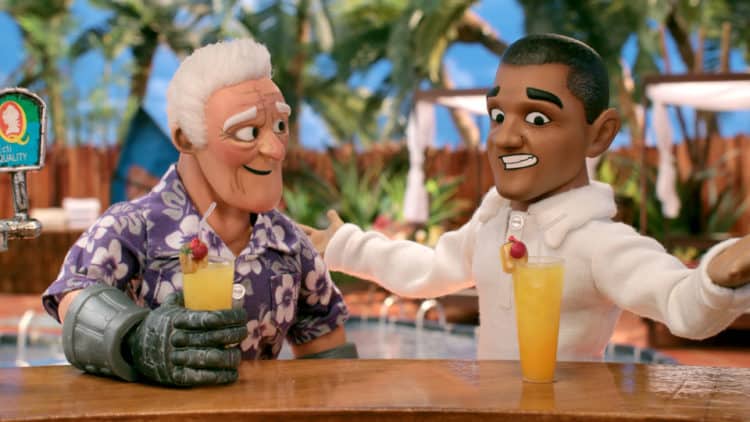 -Like many shows, there was different composers for the beginning of Season 1 of SuperMansion. Once you stepped into the role was it difficult to find a cohesive vibe?

The score to SuperMansion is really Action Adventure music with a lot of nods to the Superhero genre. When I came on board at the end of season 1 there was very little time and I didn’t get a chance to see what the other composers had done before me. I just came off “Guardians of The Galaxy” and my point of view was still towards the Superhero action genre anyway.

We developed most of the thematic material for our characters in Season Two that are now reoccurring in parts in Season Three. We have had a couple ‘themed’ episodes where we treated the music slightly different. For example, in the episode where Rex goes into Virtual Reality, we went full-on 80’s Synthwave and, of course, the Halloween Special we scored as a real classic peace of Horror.

-How much in advance do you start working on an episode before it airs?

That really depends on the animation schedule which can differ from episode to episode. We usually spot an episode to animatics a month before I actually get to score it. When the locked picture comes in, I usually have about a week before it hits the dubbing stage. There where a couple episodes in Season 2 that I scored to animated storyboards because it was wall to wall action music and the orchestrations where huge but under normal circumstances there is plenty of time.

-Musically, what has been your favorite episode from Season 3?

There is an episode coming up where the League is traveling back in time, again, to correct a mistake of one of our characters from Season 2, again. That was an awesome episode to score because we gave a lot of nods to the 90’s action and specifically the time-traveling genre. I always have a lot of fun with that and I was able to elaborate on a couple thematic and motivic ideas from the Season 2 ‘Back In Black’ episode. 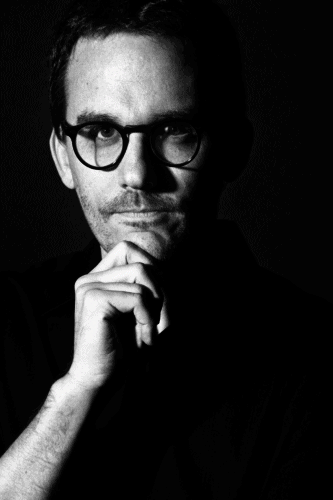