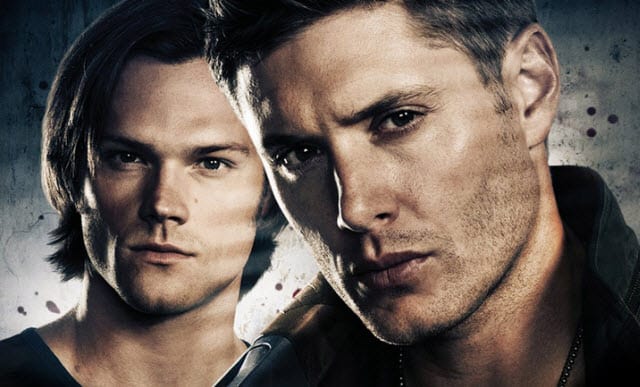 Supernatural is back! I love this show so much. It being back just brightens my day. Even if the show is mediocre (a real possibility), It’ll be like slipping into a familiar bath.

And if I’m being honest, that’s exactly what this episode felt like. Everything that I’ve come to expect out of an episode of Supernatural occurred in this episode, good and bad.

Even with Demon!Dean making his appearance, it wasn’t much different from any other Supernatural episode. It’s hard to know whether that’s an indication of writer quality or the fact that this show has lasted ten seasons and will hit 200 episodes very soon. Show’s aren’t supposed to last this long; there’s just not that much to say. Or, at the very least, it’s a struggle to figure out what to say.

And there’s no end in sight. Supernatural has always built towards an ending, but now there doesn’t feel like there ever will be one. Now that Dean is Demon!Dean, that opens up a rehash of the past with a slightly fresh perspective. It could go on indefinitely.

And I’d watch every episode. But that doesn’t mean it’s a good thing.

It’s also unclear about how different Demon!Dean is from regular Dean. He sings bad karaoke (I really wish Ackles had busted out his wonderful voice now that he’s a demon. What a treat that would’ve been), drinks a lot of beer, and smarms with Crowley. I fail to see much of a difference.

Maybe that’s the point they’re trying to make: that the only thing stopping Dean from being bad was his own will. But that’s a really lame point to make considering we’ve watched Dean do monsterous things for at least three seasons now. He’s got bad in him; we get it. What else do you have?

The writing hasn’t gotten any better; the dialogue especially. Sam’s lines are particularly bad, and nobody short of a Brian Cranston/Jon Hamm Fusion Dance could sell those lines. Dean’s lines are delivered as well as they could, but Jesus; do they have to make Ackles and Padalecki work so hard?

The characterization was solid, though; I was worried they lost the thread of Castiel for a moment but they picked it back up nicely. Sam and Dean’s characterization is still consistent, for now. But it all comes back to the writing. If this one episode is any indication, we’re going to be rehashing more than a few super-familiar storylines.

I really hope that Demon!Dean is different from regular Dean. I really hope that his worst impulses are directed outwards against others instead of rebounding inwards. His self-loathing should turn into arrogance; it’s a fine line between those two anyways. Mainly, I want to see Demon!Dean do something different. I want Sam to have some agency. I want Castiel to sack up and give Heaven the middle finger.

But as much as I complain, I’m glad the show is back. It’s still crazy entertaining and engaging. Familiarity is much better than loneliness, and this show brings with it a community that is unbreakable, fearless, idiotic, and more than a little bit neurotic. But it’s a family; and I’m glad to be back in the middle of it all.

I’m starting a new thing for Supernatural reviews in which I give a grade. Well, maybe not new. But it is going to be an every week thing. Also, I’d love for you guys to send me questions in the comment section and on Twitter; the more interaction the better.