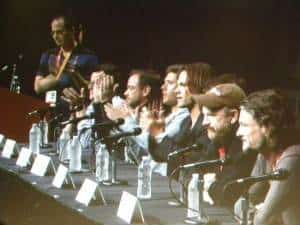 Dean in Purgatory. “Of course Dean will get out. Purgatory is like Hell Lite. How he gets out is too much of a teaser, I can’t tell you that,” Ackles said. Edlund said that “his return from Purgatory is going to happen rather quickly and then what took place is Purgatory is going to be a story we’ll [tell for a while].”Â  The limits he was brought to in that place will be told throughout the season. When asked to describe Purgatory, Edlund said that “there are meetings and conflicts. A whole kind of subterranean storyline. They’re going to meet some badasses down there. There will be some big problems.”Â  “Purgatory makes strange bedfellows,” Carver declared ominously.

Sam’s New Girl. When asked if Sam was going to get a love interest, Padalecki said yes. And then joked that it’s happening because a few years ago Carver told him he really enjoys seeing him with his shirt off, which he finds highly inappropriate. As for Dean…”I think the only real romance is Dean’s life is the car,” Ackles joked.

New Challenges. Carver said, “‘When they were separated at the end of last season, it had a profound effect on each of them. Each has gone a very separate way that they will each carry with them. The relationships that they made in their time off from each other will carry forward and will be very important in each one of their lives. They’re going to have to come to terms with dealing with the other relationship in their lives.”Â  Edlund explained that the Winchesters are very lonely shut-ins who spend most of their time with only each other, so it will be tough to learn to deal with other people. 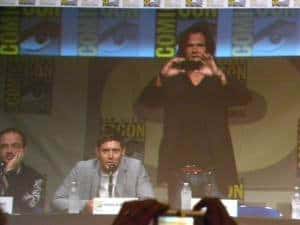 Bobby’s Fate. Should we expect that Bobby will be returning because Jim Beaver appeared on the panel? “It’s Supernatural [and] anything is possible,” Jim Beaver. “I’ve said ‘anything’s possible’ 7,000 tines this weekend.”

The King of Hell. “Crowley is what happens when people aren’t paying attention. I think the relationship that the boys have had with Crowley has been a rather good one,” Shepard said. “It’s been reciprocal,” Edlund cut in. Sheppard went on to say “we might be in a situation this year where we’re kind of chasing after the same thing. This could be a problem.”Â  ‘Edlund also said that the relationship will be much more antagonistic this year.

Overarching Theme.Â “Alot of seasons past the boys have been reacting to things at the beginning of the season. This year, for the first time in a long time they are starting the season on offence. They really want something. It ties into the really over-arching mythology of the season itself. And [it’s] something very near and dear to their hearts. They are very much united in going after this one thing.” Edlund said the log-line for this year would be “this time it’s personal”. “This one thing is a power source,” Edlund teased. This season will introduce a game-changing element that we’ve already seen hints of. But the show has been very heavy with mythology the last several seasons, Carver said, so they will be stepping away from that a bit and exploring other avenues, although there will clearly be an overarching story for the season.

Ackles’ Episode. When asked about the episode Ackles is currently directing (episode 8.03), he said the “episode we’re shooting right now is kind of a one-off. They kill the bad guy and save the family kind of thing,” Ackles teased. “It’s pretty bloody,” Edlund jumped in.

For more spoilers from the Supernatural press room, click here. 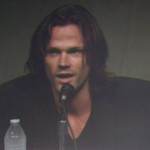 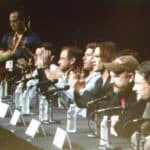 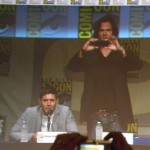 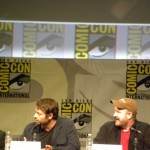 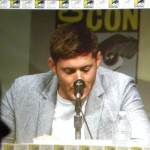 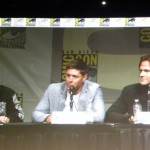 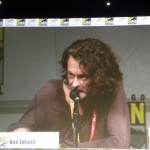 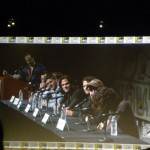 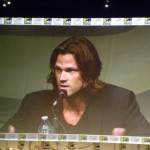 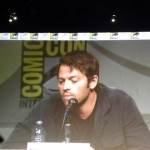 Why Stephen King Bought a Van That Nearly Killed Him