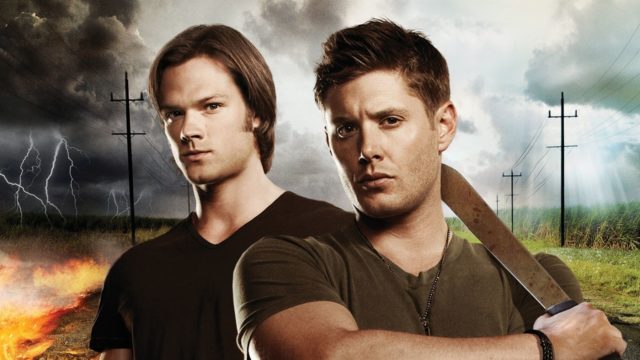 Supernatural is on its thirteenth season with over two hundred and sixty six episodes and counting, so it’s no wonder that there are more than a few fan theories floating around out there. We’ve had time to think about it. Plus, with all the lore the show’s covered and the down right crazy the shows has been through, there is plenty of fuel to fire the imaginations of fans. This is the one show where practically anything is possible, so some of these may not be that far out there:

This one could be considered a “classic” in the world of fan theories. Way back in season one, Sam and Dean had to break a ton of mirrors. Dean jokes about having something like “600 years” of bad luck… but what if they really do? What if that simple act really did put them under some sort of curse? There is plenty of lore out there to support the bad luck theory so it wouldn’t exactly be a huge stretch and the boys certainly haven’t been all that lucky.

More ships than an Armada

I don’t think there is a fandom out there with more man on man, or family member on family member, ships out there than Supernatural. I mean Game of Thrones has the whole incest thing happening, but that’s just a few characters, if some fans had their way, everybody on this show would been hooking up. Sam and Dean, Sam and Dean and Dad, Dean and Castiel, Castiel and Meg (again), Sam and Gabriel, seriously the list is so long that there is a page dedicated to it with a list and charts that include what each relationship would be named. I’m not kidding. You can check it out here.

Dad is more than he seems

In this fan theory, Dad, aka John Winchester, is sometimes really the archangel, Michael. This theory works for a couple of different reasons, since we know that angels can possess humans without their knowledge, and since we know John had given Michael permission in his younger years. If he was at times Michael, it could explain why he treated his sons so differently, perhaps he was getting them ready for their roles as possible vessels? It would also help us figure out why he acted even more differently with his other son, Adam.

Another great Daddy theory (and after all Supernatural is the King of Daddy issues) is that Daddy has a crossover role in the Walking Dead as Negan since they are both played by Jeffery Dean Morgan. I mean, the guy did go to hell, it might have driven him crazy temporarily, or perhaps we are seeing him in an alternate timeline without a soul. Supernatural did give a great nod to Dad’s “bat,” so we could be excused for imagining a playful episode about it!

A lot of speculation has also happened in regards to the “Winchester Prophets” which was referenced in an episode in Season 4. Many believe that Sam and Dean end up as sort of prophets and discover a new religion. This religion would reflect all they knew and discovered in their journeys. It wouldn’t be the craziest thing to happen, after all, Cass did try his hand at Godhood once.

No matter which ship or theory is your favorite, one thing is for certain, Supernatural is here to stay as one of the reigning Fandoms of our time and is sure to fuel many more wild theories and hopeful guesses before it’s done. So carry on my wayward friends, eat pie, and pray that those we’ve lost come back to us again.