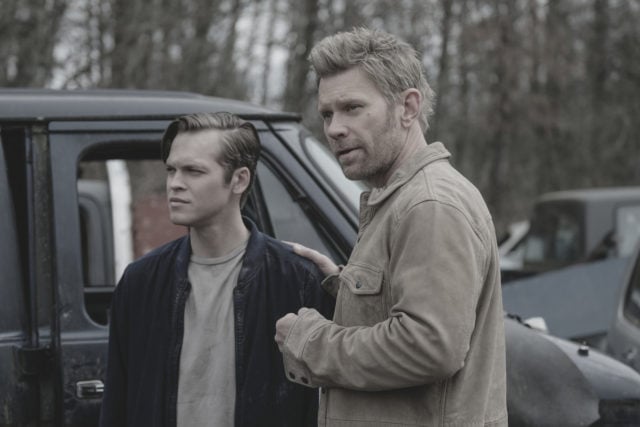 This was an exciting episode for long-time fans ofÂ Supernatural.Â If they’re anything like me, they’ve been anxiously awaiting seeing Sam, Dean, Lucifer, Charlie, Jack, Mary, Gabriel, Castiel, Ketch, and alternate versions of Bobby and Charlie back together again. We got that, in addition to an excellent sense of where the show is going, some great jokes, and an action packed episode.

In the past,Â SupernaturalÂ has fallen into traps when it takes itself too seriously. Of course, it should take these stories somewhat seriously, but that’s never the issue. The stakes are always high. But what I really appreciated about “Exodus” is just how darn fun it was. Lucifer (who is at his absolute best in the vessel supplied by Mark Pellegrino) added a real wildcard element to this whole thing, and raised the stakes, but still had a lot of fun doing it. Being Lucifer, of course, seems like he would be a larger than life warrior, but his story with Jack really humanized him. Every parent wants to be admired by their child, so when Sam (spoiler alert) double crossed him, I actually felt BAD for Lucifer. What is WRONG with me?!

I only take one major issue with this episode, which I largely loved. That’s the fate of Gabriel. (More spoilers) Gabriel stood up to fight against alterna-Michael and was once again stabbed with an angel blade and left us. Or did he? He did a funny little move when Michael first landed that led me to believe maybe that this was another trick. It’s very possible that I’m just holding out hope for one of my favorite characters to once again survive the wrath of his fellow angels when there’s none to be had. After all, his standing up to fight indicates growth. It indicates that Sam and Dean have had an impact on Gabriel and his outlook on the world, and it illustrates the differences between the two worlds we’re exploring. So I could see it as a meaningful way to go for Gabriel, now that they’ve explored his character further. But, if that’s the end for him…I’m going to be kind of upset. It still felt a little unceremonious and I thought he deserved better. Still, we all owe Richard Speight, Jr. a big round of applause for his encore as Gabriel.

Gabriel’s story also raises a larger point aboutÂ SupernaturalÂ exploring humanity. Lucifer believes humans to be bad and frames them that way. Gabriel believes them to be good. Jack is a great character to have this discussion around because his views aren’t fully formed, and he’s getting his education from pretty extreme sides. I love exploring morality from different angles, so I really appreciated this one.

Overall, I’m very pleased.Â SupernaturalÂ was extremely smart to start leaning on characters and faces that the fans know and love, and it’s turned into an engaging story with all of our favorite characters along for the ride. Next week is the season finale, so it’s time to carry on, wayward sons and daughters.

Supernatural’s Season 13 Finale airs Thursday, May 17th at 8/7c on the CW

Sam, Dean, Gabriel, Cas, and the rest of Team Free Will 2.0 must deal with Lucifer and escape the alternate world before the spell breaks on this week’s compelling episode of Supernatural