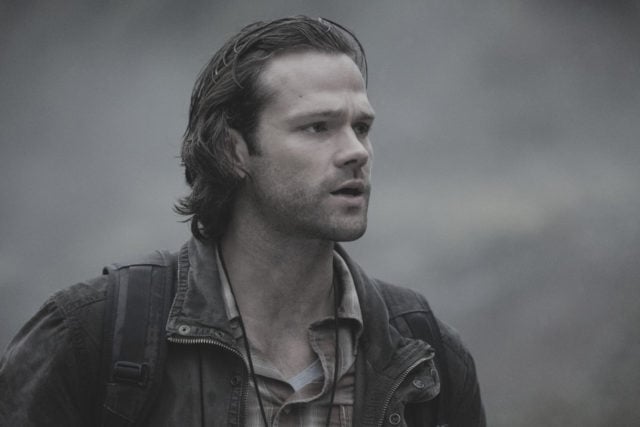 The war draws ever closer in the world ofÂ Supernatural,Â and this week “Team Free Will” took the battle to alterna-Michael’s turf. Sam, Dean, Gabriel, Rowena and Castiel captured Lucifer and used his grace to make their way to this universe and save Jack and Mary. Of course, as to be expected onÂ Supernatural,Â there were a few hiccups along the way, but “Beat the Devil” delivered thrills, chills, and an overall exciting hour leading up to the season’s endgame.

It was only a matter of time before the boys went to bring Lucifer back into the fold, and they way they got him was one of the best sequences of the episode. Revealing Gabriel and Rowena to him in succession convinced Lucifer that he was having a fever dream long enough to bring him in and steal his grace. Mark Pellegrino and Richard Speight are bothÂ SupernaturalÂ legends, but to this point haven’t shared a ton of screen time. It was a delight to finally see them do so again, and the two actors have outstanding chemistry. I also find their ties to Rowena hilarious. Some women are chubby chasers, others like beards, but Rowena is 300 years old so she’s been there done that with just about every kind of guy…except for archangels. Is that why she keeps coming back? There could be more to that story, right?

SupernaturalÂ caught on in the first place, not because it was a show about angels and demons necessarily, but because it was a horror show. It was sometimes downright terrifying. Tonight’s episode paid an excellent homage to the early days of the show in the tunnel scene. It was creepy, there was imminent danger from hungry vampires, and there was even some death. It was bloody, scary, and extremely well-executed.

“Beat the Devil” managed to tug at every single range of emotion thatÂ SupernaturalÂ fans have (or at least that I have). I wept for Dean as he watched Sam die again. I was devastated when Cas said that he couldn’t save him. I was thrilled when Lucifer brought him back to life. I really felt the conflict in Sam when he showed up to the outpost, happy to see his family and friends alive, but devastated to have Lucifer in tow. This show knows how to tug at your heartstrings, even when you know that it couldn’t be renewed for Season 14 without Sam Winchester. I knew in my head that Sam wasn’t going anywhere, but my heart may have wavered.

Overall, I’m very pleased with the way thatÂ SupernaturalÂ manages to keep the stakes high through something like another death of Sam Winchester, which sounds so run of the mill when you say it. Anyway, “Beat the Devil” was impressive, scary, and emotional all wrapped into one. I’m excited to see where it leads.

SupernaturalÂ airs Thursdays at 8/7c on the CW

Sam, Dean, and the rest of “Team Free Will 2.0” capture Lucifer and venture to the other world to save Mary and Jack on this week’s thrilling episode of Supernatural.