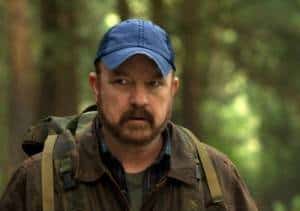 It doesn’t matter how many times the show gives me a cliffhanger like this – I fall for it every time. And yes, it’s true that we were in this exact same situation at the end of episode 7.02 when Bobby’s house burned down and he turned out to be just fine. So fine, in fact, that no one really felt the need to explain how he didn’t end up dying in the fire. But that’s okay. And I know that Jim Beaver is probably contracted to be in more episodes this season and probably won’t be dying in the December 2 midseason finale, but I’m still a bit freaked out. I had months to prepare for Castiel leaving the show, but I’m not ready to deal with losing Bobby. So let’s hope the old coot gets back on his feet soon enough. Although, you know what would be awesome? If an angel came and healed him. Just saying.

“You’re Not a Person”

What I failed to mention previously, but what was clearly important in this episode, is the conversations Bobby had with both Sam and Dean. When Sam expressed concerns about Dean’s state of mind, Bobby rightly pointed out that all the Winchesters do is worry about each other, and doesn’t Sam have problems of his own? As far as Sam is concerned, he’s dealing with his hallucinations because he knows what he’s dealing with.

Let’s contrast that to Dean. Later, Bobby confronts Dean, who is clearly floundering. And Bobby, being the wise man that he is, shuts down Dean’s complaints pretty fast. Why is Dean whining about how terrible hunting is? After all, Dean tried to be a normal guy, as Bobby rightly pointed out, with Ben and Lisa. And look how well that worked out. Here’s the truth of Supernatural: Dean can never be a normal guy. But right now he’s very frustrated with being a hunter. Because, as he’s said time and again, it’s cost them too much. Sam has accepted his lot in life, but Dean hasn’t. 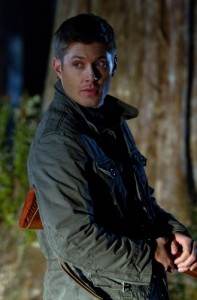 This season is supposed to be about Dean struggling with his inner demons, but what it’s really about is Dean having to accept his lot in life. Not the crappy motel rooms, but the fact that he is a hunter. Unfortunately, that may be the only thing he’ll ever be. Bobby was right – Dean can’t be normal, so if he doesn’t just accept that he’s a hunter, he’s probably going to end up dead. And with two people who clearly don’t want him to die, it’s up to him to suck it up.

It seems harsh to say that, especially considering John basically drilled the “suck it up” mantra into Dean his whole life. But it’s the truth. Hunting is what Dean is good at. It’s a job that the world literally needs him to do. The price he’s had to pay is so high, but it’s his cross to bear.

Overall, this was a great episode, especially leading in to what could prove to be an emotional Supernatural midseason finale. Like I said before, Edlund knows how to weave a monster-of-the-week, a season-long arc, humor and complete grossness into a single episode like nobody’s business. No one does cannibalism like Ben Edlund, which doesn’t seem like something you’d want to be known for, but there you have it. Compare tonight’s episode to the opening scene of “My Bloody Valentine” (which he also wrote) and you’ll see my point.

Dick Roman is quite the smarmy guy, isn’t he? Sure, he’s not up to Crowley levels, but he’s kind of a pseudo-Crowley with his love of the finer things in life and his desire to basically take over everything. This is probably why he and Crowley will never get along. It’s good to see the big bads actually have a plan that doesn’t just involve killing a bunch of people. Sure, maybe the leviathans aren’t yet up to Lucifer, Lilith and Azazel’s abilities to put into motion a plan that unfolds over decades, but the leviathans are working their way up the food chain.

I’m excited for the Supernatural midseason finale on December 2 (watch a trailer for the episode and browse through photos). I’m pretty sure they’re not going to kill Bobby, but I’m going to be very tense until I see that he’s okay. Like Sam and Dean, we’ve already lost too much.

In honor of tonight’s episode, check out this week’s Supernatural slide-show: the most memorable monsters and creatures.