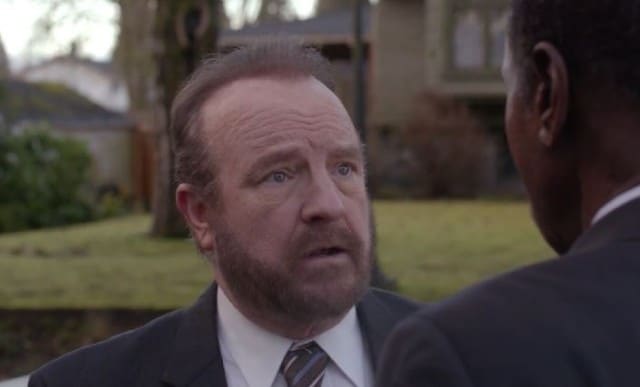 Two ofÂ Supernatural‘s best hunters will be back in tonight’s all-new episode. Although Bobby and Rufus haven’t risen from the dead, the two men will be back in this week’s hour, titled “Safe House,” as flashbacks recount an old case they worked together, a case that Sam and Dean are now working in the present day.

In the sneak peek below, we get a sense of how exactly these two cases are related, as a womanÂ asks Sam and Dean why the FBI are back again to look at one of the houses in her neighborhood. When they ask her about the other FBI agents, who came to the house “a handful of years ago,” she describes how they wouldn’t tell her anything, no matter how many times she asked.

“They were two of the rudest people I’ve ever met,” she tells Sam and Dean, which kicks off our first flashback of Bobby and Rufus together.

If you’ve been a longtime fan of SupernaturalÂ (like myself), this sure looks to be a fun episode that reminds us all why we enjoyed both Bobby and Rufus so much as characters. Plus, it’s just so great to see Jim Beaver and Steven Williams back on this series, if it is only in flashbacks and even if it is just for one episode.

Supernatural airs Wednesdays at 9 p.m. on The CW. Check out the sneak peek from “Safe House” below, and comment to let us know how excited you are to have Bobby and Rufus back on the show.

Two seasoned hunters return on tonight’s new #Supernatural at 9/8c…and we aren’t talking about the Winchesters!https://t.co/iZLVij2Pwy

JIM BEAVER RETURNS — A dangerous creature is accidentally released into an old house, attacking a mother and her child, leaving them both in a coma. Sam (Jared Padalecki) and Dean (Jensen Ackles) learn that Bobby (guest star Jim Beaver) and Rufus (guest star Steven Williams) once tracked the same entity so the Winchesters look to the past to come up with a plan to catch the monster before any one dies. Stefan Pleszczynski directed the episode written by Robbie Thompson.