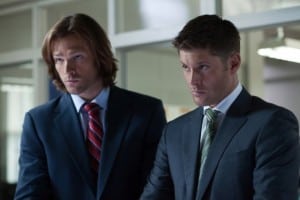 After the last episode of Supernatural dropped a few bombshells on the fans – Castiel’s return!  More tablets!  New angels! – I saw theories flying around the web.  Who are the new angels and what are they after?  What information could be on the other tablets?  Why did the show finally bring up Chuck after years of radio silence about him?  Was it just a simple mention or a hint of what’s to come?  I’ve seen some interesting speculation around the web and it got the gears in my own head cranking.  So I partnered with Kate (a.k.a. Ardeospina) over at the Winchester Family Business to talk about our theories about what’s up with Sam, what the new angels are interested in, and how perception could play a role in the remainder of the season.  We came up with a few different theories about three important mysteries for the season.

The Angels and Castiel Theory #1: The Importance of the Tablets (Clarissa)

The last Supernatural episode introduced a new brand of never-before-seen angels, headed by a no-nonsense Naomi.  While we’ve only met Naomi thus far, it’s safe to assume that other angels will follow her.  But who is she?  What is her agenda?  We know two things for certain.  First, Castiel seemed very confused after meeting her, not recognizing her or her particular location in Heaven.  Second, she’s interested in the Winchesters and has tasked Castiel with (unknowingly) spying on them for her.  But why?  Well, that’s the $64,000 question.  Angels being interested in the Winchester business is nothing new, but given the presence of the tablets my theory is that the angels are interested in getting their hands on the Word of God.

We know, from Kevin’s recent decoding of the Demon Tablet, that it’s but one in a larger compendium.  If God passed down tablets on demons and leviathans, can we assume that other tablets could also contain information on supernatural creatures?  Perhaps monsters, ghosts and….angels?  Metatron wrote that the tablets were meant as the “the sacred word for the defense of mankind”.  Given the way that some angels have attempted to wreak havoc on mankind (I’m looking at you, Michael and Lucifer), it wouldn’t be a stretch to assume that even God’s soldiers could be a threat.  What if the Winchesters could close up or banish angels like they could do with demons?  What if Naomi and the angels want to track the Winchesters so they too can find the tablets?  It’s not surprising that Sam and Dean would have to do the grunt work for the angels, because there’s a precedent for it, and if the King of Hell is having trouble locating them it stands to reason that Heaven’s soldiers are as well.  If the angels want the tablets, it could either be because they need the information on them in order to defeat something else (Hell, maybe?) or they need to protect themselves from mankind using the information against them.

You might be thinking “but Naomi asked about the Winchesters, not the tablets specifically”.  And, yet, Castiel’s instinctual response was to give her an update about Kevin and the tablet – information that Naomi was clearly interested in.  These angels are clearly unknown to Castiel and this is a guy who had pretty solid information on archangels, presumably the highest order of angels in existence.  Are the new angels more powerful than archangels?  Not necessarily.  But they might be far sneakier.  And they seem pretty interested in this season’s mytharc.

Watch our interview with Jared, Jensen and Misha about episode 8.08! 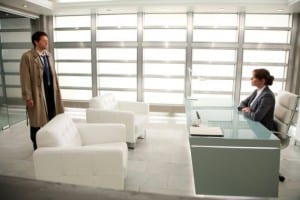 The last time angels got all up in the Winchesters’ business, it was because Sam and Dean were the vessels of Michael and Lucifer, destined to duke it out and bring on the Apocalypse.  What if that’s why the angels want Sam and Dean again?  Lucifer and Michael may be locked up in a cage in Hell (with Adam, poor thing!) but maybe you don’t need those two archangels to bring about an Apocalypse.  Maybe you just need two archangels period, regardless of who they are.  Sure, Lucifer and Michael were the first choice, but they’re out of commission now.  Raphael and Gabriel are dead, so that leaves Metatron and Azrael.  Azrael is the archangel of death in some religions, specifically Islam and Sikhism.  In Judaism, Azrael is sometimes identified as “the embodiment of evil,” though he’s not necessarily evil himself.  Sort of sounds like someone we know, doesn’t it?  Yes, Crowley, I’m looking at you.

Angels, of course, need vessels, and for archangels to be at their most powerful, they need a powerful vessel.  Sam and Dean were on tap for Michael and Lucifer, but what if they weren’t just vessels for those specific archangels?  Maybe they are Apocalyptic vessels, meaning whichever two angels are in line for this round of the Apocalypse can use Sam and Dean as their vessels.  That would give Naomi and the rest of the CIAngels good cause to keep tabs on the Winchesters.  They need to know what’s happening with the Apocalyptic vessels.

We’ve heard time and time again on Supernatural that Sam and Dean continually disrupt the natural order and throw the universe out of balance.  If the Apocalypse is the natural order, then it’s going to happen one way or another.  But the angels learned their lesson last time around, and instead of confronting Dean head-on with his angelic duty, they’re spying on him and his brother, using Castiel to gather information.  Castiel’s still an unwitting angelic pawn, doomed to follow orders he doesn’t agree with.  This time, though, he can’t even remember what he’s reporting.

Next page: Figuring out if something is up with Sam…. 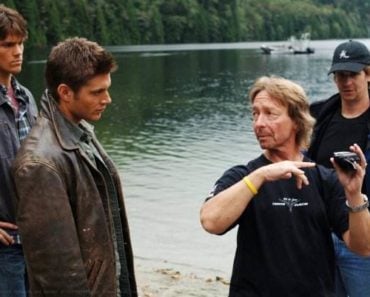 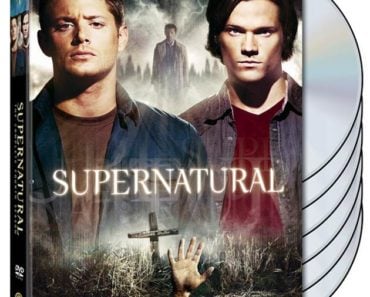 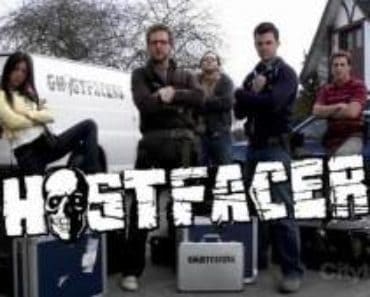