Jennifer Love Hewitt will be making a guest appearance on the next new episode of Law & Order: Special Victims’ Unit on September 29. Also, Mariska Hargitay will be meeting up with Skeet Ulrich, the newest cop in the Law & Order francise (Law & Order: Los Angeles) to kick start the new spin-off, which is set to premiere on October 4. Check out sneak peeks for LOLA that we previously posted here.

NBC has released a lot of sneak peeks for the upcoming new SVU episode, which you can view below. 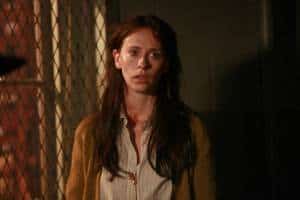 A rape victim, Vicki (Hewitt), is brought into the hospital initially claiming she has been attacked multiple times by the same man. Detectives Benson (Hargitay) and Stabler (Meloni) are determined to help her, but she lives in such terror that she then denies she has been raped at all and refuses to submit to a rape kit.

As Benson looks for a way to help, she is horrified to learn that there are police precincts and evidence labs across the country that never test their rape kits at all. The investigation soon leads her to Los Angeles where she meets Detective Rex Winters (guest star Skeet Ulrich), who has information that could finally help Vicki get justice. Also starring: Ice-T (Detective Odafin Tutuola), Richard Belzer (Detective John Munch), B.D. Wong (Dr. George Huang) and Tamara Tunie (Dr. Melinda Warner).