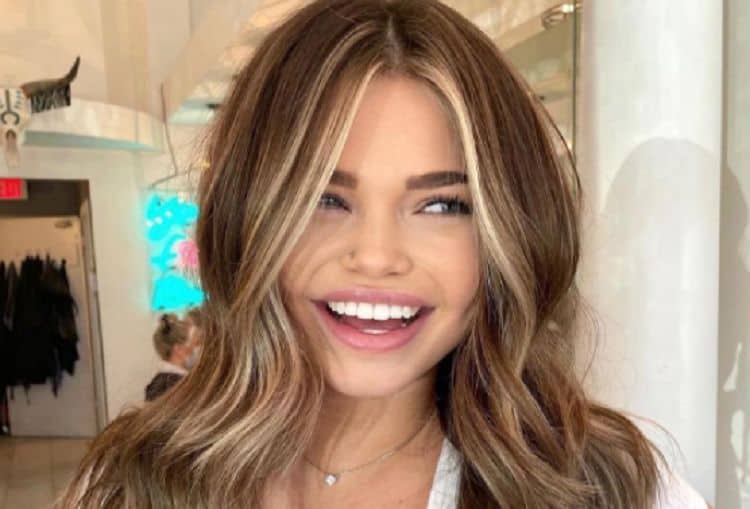 Dave Portnoy has been the subject of several headlines in April 2021. He’s been spending his time in Miami hanging out in the sun, having fun with a bevy of models and Instagram influencers at nightclubs on the regular, and he recently made headlines when former NFL cheerleader Shannon St. Clair posted a video of the two of them on a boat on her Instagram stories. Right now, however, he’s making headlines alongside a very young woman with whom he was involved with in a leaked sex tape. Her name is Sydney Raines, and people are seeking every bit of information about her they can find.

When the world began speculating that he was getting serious with ex-cheerleader Shannon St. Clair, everyone was talking about the age difference. She is 24, he is 43, and it was a big thing. However, it turns out that Sydney Raines, the woman in the leaked sex tape alongside Portnoy, is even younger. She’s only 22.

2. She is From Atlanta

Raines is a born and raised Atlanta girl. She works as an Instagram influencer and model, and her account boasts more than 10k followers. We have little doubt she will see that number grow substantially in the coming days now that she’s the star of a leaked sex tape and her name is trending all over the internet.

3. She Confirmed She’s the Woman in the Video

When the video was leaked in April 2021, she confirmed it was her. She could have said nothing, but she chose to tell the world she is the one in the video, and that she has no idea how it was leaked. She called it a “video from the past,” and she assured her fans and followers that everything was consensual and that she doesn’t consider it a mistake.

5. She is Still Friends with Portnoy

She did not say how old this video is other than the fact that it was made a long time ago, but she did confirm that the video was made with a friend. They have a good relationship with one another, and there are no hard feelings or any type of animosity between the two. They don’t consider this a big deal, so they want the world to also stop considering this a big deal.

6. She is Exceptionally Confident

She borrowed it from Tina Fey, who is fabulous. “Do your thing and don’t care if they like it,” and there is nothing more amazing than this quote. It’s so honest and so true in every single capacity. Who cares if people don’t like it? Who cares as long as you do?

You don’t grow up in Atlanta, Georgia, and not spend some time in Athens. She’s a University of Georgia Bulldog fan, and she supports her football team just like everyone else in the SEC. It is, after all, the best conference in the nation.

9. She’s Close With Her Friends

Most of her photos are all about her and her friends. It appears she spends a great deal of time with the people she loves the most, and she’s happy to have them in her life. She seems like a great friend, and she seems to have a close-knit group of people she spends her time with. Friends are the best, and we get it.

While it might not seem like it from the outside looking in, this is a young woman who knows that you don’t share too much with the world. Sharing virtually nude photos is one thing, but she’s not sharing the personal details of her life. She keeps her family and her love life very private, and that is her right.