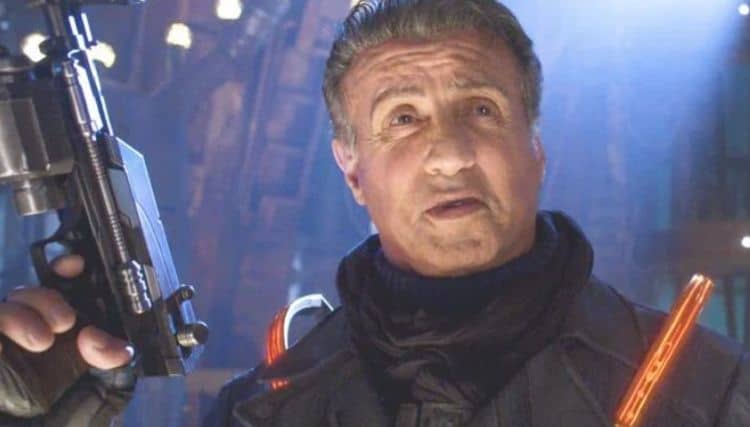 It’s hard to know how to feel sometimes when it comes to Sylvester Stallone since he’s proven to be a great actor and someone that people want to see, but there are roles that make a person wonder just why in the world he decided to say yes. As of yet, it’s not known just what role he’ll be taking on in James Gunn’s upcoming Suicide Squad reboot, but some are thinking that he might be taking on the voice role of King Shark. It’s not certain at this time but once the movie is released, whenever that gets to happen, we’ll find out pretty quick. Stallone has been keeping pretty busy over the years between making big-screen appearances and direct to video movies, almost as though he’s not willing to just retire, or needs the money. That’s kind of hard to believe, isn’t it? The guy that made Rambo, Rocky, and a bunch of other movies famous for his mere presence and ability to be one of the greatest action stars alive is worth around $400 million couldn’t possibly need the money any longer. But it does make sense for him to stay in front of the camera all the same since if anyone really thinks about it, after so long one either becomes used to the continual need to stick with the job they’ve been doing so long, or they can’t wait to leave it. Some actors have actually made their way out of the spotlight since they can’t stand the pace any longer, but a lot of them have stuck around for their own reasons. One of those reasons might be that no matter what, they still love it.

That could be one reason why Stallone is still adamant about sticking around since he is still regarded as one of the best action stars to ever take on big contenders such as Arnold Schwarzenegger, who thankfully is not coming to the MCU or DC thus far since he’s already done his stint in a Batman movie and it didn’t go over too well with some fans. But Stallone, who’s been seen in Guardians of the Galaxy vol. 2, and is rumored to be coming back for GOTG vol. 3, is someone that could have easily had a place in the DC universe back in the day, but it would have needed to be someone that’s a little rougher around the edges, meaning Superman would have been out, as would Batman, since he just doesn’t feel like a good fit. But if he’s not playing the voice of King Shark it’s going to be tough to guess just who he’ll be playing since there are so many different characters already in the upcoming movie that trying to remember another one would be more than a little difficult.

On that note, it’s interesting to think of whether Gunn is going to have a min-backstory for each character this time around or if people are going to have to guess what they did to end up on the squad since if anyone remembers, and most people should, the members of the squad from the first movie, at least a few of them, were given a short backstory as to how they were finally caught and taken into custody. It kind of feels that doing that with this upcoming movie would be a bad idea since a good portion of the movie would be nothing but backstory. The act of putting so many different characters into a movie such as this is usually something that fans are excited to see, but at the same time, it’s a bit of danger since it involves trying to keep them all on-screen as much as possible and giving out the kind of screen time that can take up a big portion of a movie. While some folks might like this, the damage it can do to the overall narrative is rather extensive given that the story can actually become lost at some point and might even be hard for some people to see. The trick with comic book movies is trying to craft them for those that read the comic books and those that don’t, which has to be more than a little difficult considering that a lot of people will walk into a movie without knowing a lot about the overall story, or the characters.

Whatever part Stallone ends up taking in the movie to come it’s bound to happen that people will be seeing the Suicide Squad reboot for a couple of reasons, with the aging actor being one of them. That’s usually one reason why folks go to see a movie, since if it’s a story they care about featuring actors they enjoy, then there’s a good chance that they’ll want to see what it’s all about.