Home
Movies
T.J. Miller Has Snuck Himself Back Into The Movies in “Underwater”
Prev Article Next Article 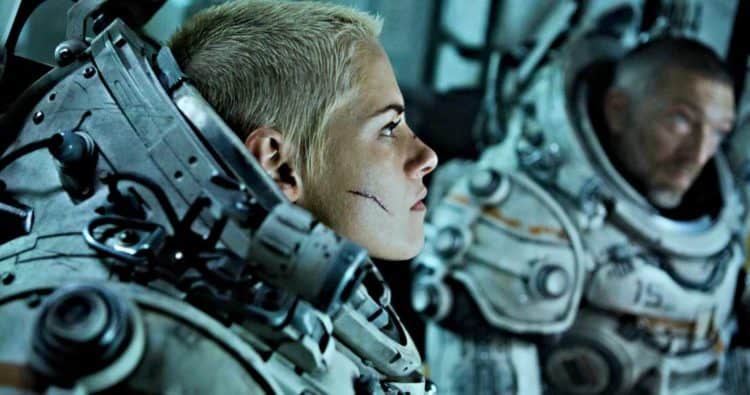 Well…this looks pulse-pounding, and perhaps not 100 percent original but definitely something that might be worth a look. Some might say it reminds them of an older movie and that’d be fair, but it also has the benefit of better effects and a much more noticeable cast since like it nor Kristen Stewart is still able to draw a crowd, and somehow TJ Miller managed to get himself back on screen, which might entice a few people to come watch. It’s been a while hasn’t it? Well, it’s been since Deadpool 2 at least, or somewhere in there, and it would seem that after getting in trouble more than once and for different reasons TJ is still up and running around, so why not put him into a movie?

To be fair it looks exciting and it does look like Miller could either be the guy that’s the wisecracking individual that eventually meets his end or the guy that somehow, against all odds, survives and makes it to the end. In any case, Underwater looks, so far, has the look of a movie where none of the characters have ever seen a horror movie, or a natural disaster movie, meaning that they have no basis for what’s coming and therefore will make the worst decisions possible. Let’s just break it down, shall we? Obviously this rig that they’re traveling to, 5,000 miles away from land, 7 miles below the surface of the ocean, and as part of a team that’s drilling into the ocean floor is some serious foreshadowing that shouldn’t escape notice. Then comes the idea that they’re blasting music throughout the rig, causing vibrations and noise that might not damage their aquatic habitat but could certainly attract something else that might live in the depths, which is of course another big part of the movie since there IS something down there with them, though it’s something that no one can identify since it’s never been seen, recorded, or even known about presumably, considering that humanity has a very small view of the ocean and its many depths at this point. It’s kind of unnerving to know that despite being covered by 75 water, we know so very little about what actually exists down there, isn’t it?

In any case if not for the underwater creatures this movie looks as though it might have been slated to be a disaster movie since the pressure that accumulates in an aquatic setting gets rather heavy the further one goes down, as the weight of the water that’s just ready and willing to force its way in is absolutely immense. Now think of a creature that lives at such depths and flit about and even see in absolute darkness. Getting good and terrified yet? The idea of TJ Miller is becoming something less than impressive when stacked against the premise and plot of this movie since it seems to indicate that, once again, humanity is pushing against the world in another direction and another part of the world is about to push back. The argument can be made that we’re all a product of the same world just from different parts, but there are some creatures in this world that when pressed will do their best to push back. When humanity is out of their element, as is the case when being underwater, that resulting push can be a lot more effective since the things that are attacking are accustomed to the cold, dark, and oppressive environment.

It’s not too surprising to see that Miller is going to be playing an intelligent individual that’s in the midst of something great since quite honestly he is intelligent and he is skilled at what he does. But it’s interesting to see him back so soon after the trouble he was in not all that long ago. Though maybe this is a way to start rebuilding his reputation and regain whatever fans he might have lost when he was accused of sexual misconduct and then instigating a bomb scare on a train. Those are pretty serious offenses that some feel should have met much stiffer consequences. But at the same time the tumult caused by the MeToo movement and the resulting fallout did much more damage than good in many ways. While it was aimed at those that were truly guilty and needed to face the consequences of their actions, the movement also started to, seemingly, go after just about any man that had ever touched a woman in a way that a lot of people deemed inappropriate. It’s all well and good, and definitely needed, to call out ill behavior, but it’s also important to remember the reason behind starting such a movement, otherwise the accusations and vitriol tend to fly in any and every direction, making it difficult to remember what the main point of said movement was.