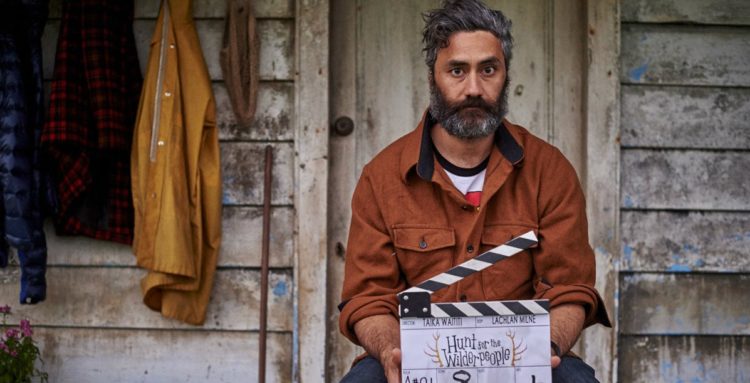 Kevin Burwick of MovieWeb is right when he calls Taika Waititi a breath of fresh air since the director’s style and approach to the movies has thus far been something that many people can easily agree is just what a lot of folks have been wanting. At this point unfortunately it’s probably going to be a while until we get to see what he can do when it comes to a full-length Star Wars feature. Right now Taika is a busy guy that’s in high demand when it comes to making a movie thanks to Thor: Ragnarok and Jojo Rabbit. His contributions to Star Wars thus far have also made him a popular name among the Hollywood elite since he did direct the finale of The Mandalorian and did voice the droid IG-11 in a type of heroic sacrifice that made the droid one of the most memorable parts of the show. It’s not even close to being a stretch to want to see him become the next director for Star Wars since as of now he’s one of the biggest names in the business and his work kind of speaks for itself. As far availability though it could be some time before anything develops, but Disney is already in talks to get him secured to another project and possibly bring him on as one of the most celebrated directors that the franchise has ever seen, especially in recent times.

It’s too easy to go on a tangent and talk about the current directors of Star Wars that have done well and the one that kind of, well, didn’t perform the way that people expected or even cared for. Taika does his own thing more often than not but thankfully he does know how to cater to the fans while bringing his own vision to bear since he appears to be more in touch with the fans and therefore is able to get a better read on what they want to see. Anthony Breznican of Vanity Fair has an interesting take on Taika that might prove insightful. It’s very true that some of his ideas are pretty out there and might amaze and mystify people in a big way but overall, at least thus far, he’s been able to impress a lot of fans as well when it comes to Star Wars since the finale of The Mandalorian was nothing less than brilliant even if it did play into the whole redemption arc for a couple of the characters. It’s actually a big hope that he’ll be invited back to The Mandalorian for the second season to see what else he can do and what kind of magic he can work with the series again.

In the meantime the idea of bringing him into the Star Wars franchise fully is one that a lot of people would like to endorse and are hopeful for moving forward. There is a chance that things might not turn out the way fans want but that’s kind of a given seeing as how fans being fickle is a norm when it comes to movies, and is doubly true when talking about Star Wars fans, who unfortunately tend to divide along the lines of being ‘real’ fans and those that are just interested in the special effects. The truth is that there is no such thing as a ‘real’ Star Wars fan since all it really takes to be a Star Wars fan is, are you ready for this?, to actually LIKE the movies. You don’t have to love them, you don’t have to worship one movie over others, you simply have to LIKE them to be a fan. Kofi Outlaw of Comic Book has a bit more to say on this matter. And since it’s so easy to like the kind of movies that Taika directs it’s bound to be just as easy to like seeing whatever he can do on the big screen since thus far he hasn’t let a lot of people down on purpose and he’s even done his fair share of catering to the fans with his movies. Thinking that he would be a great addition to the Star Wars stable is obviously something that Disney agrees with and a lot of fans are already hoping will come true in the next couple of years.

But back to the whole idea of not seeing this happen for a while, sad as that is. Star Wars is taking a break this year and possibly next year, we won’t know for certain until 2021 comes along after all, since the release of one or two movies a year has kind of burned out the franchise just a bit and left a lot of people feeling a little overwhelmed. That doesn’t mean we won’t see any Star Wars-related material this year, but we won’t see anything on the big screen. Plus, Taika is a busy man so it’s not likely that he’d start production on anything until next year anyway, so it’s safe to say that while he’s a big pick for the Mouse House, he’s also someone that they’re going to have to wait for when it comes to just when they can start production on another movie.