Home
Nickelodeon
Take a Look at the Trailer for the Fall Return of ‘Power Rangers: Dino Super Charge! Plus, Find Out When It Returns! 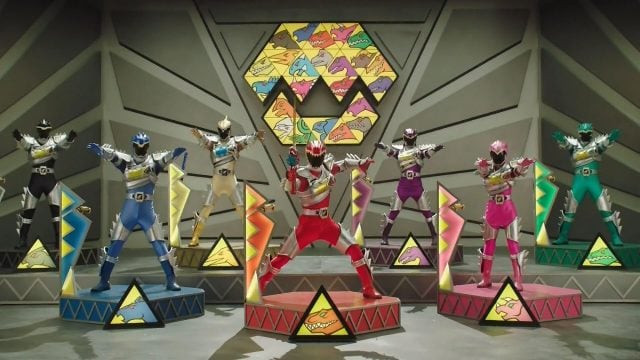 It’s been about four months since the most recent episode ofÂ Power Rangers: Dino Super Charge while the series took its annual mid-season hiatus, but the wait is almost over for the show’s return.

As recently announced,Â Power Rangers: Dino Super Charge will return with all-new episodes onÂ Saturday, August 20 on Nickelodeon. The series will kick back into gear with its ninth episode, “Besties 4Eva!,” which will have a strong focus on Shelby, the Pink Dino Super Charge Ranger. Later on in the season, we’ll finally see the long-awaited debut of the brand-new Silver Ranger and the Titano Zord, and we’ll also get the first appearance of the Dark Energem.

Check out the trailer for the fall return down below (featuring the Silver Ranger, Titano Zord, and more):

Power Rangers: Dino Super Charge returns Saturday, August 20 on Nick. Are you looking forward to the series’ return? Let us know your thoughts in the comments down below, and take a look at my ranking of the first 22 seasons ofÂ Power Rangers here at TVOvermind!