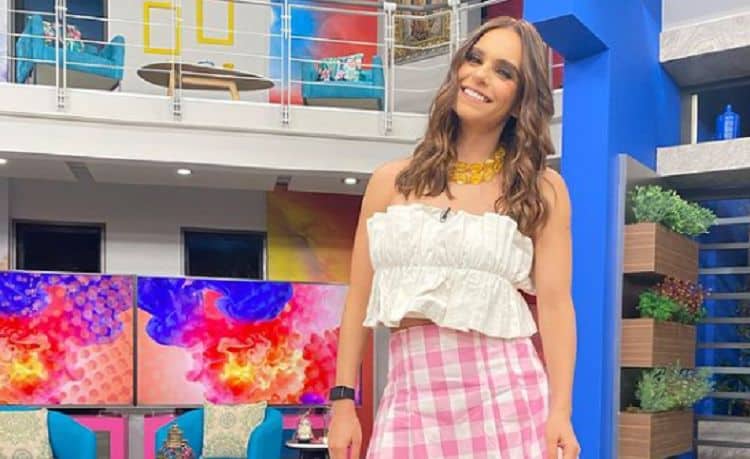 Most people who have seen Tania Rincon in action would probably agree that she was born to be a star. Since the late 2000s, she has worked hard to make a name for herself in her home country of Mexico as a talented TV host. Her bubbly personality and natural ability to shine in front of the camera have allowed her to find lots of success over the years. Recently, she has been getting a lot of attention after making a “vulgar” comment on an episode of Hoy (Today). Although the moment caused some embarrassment for Tania, she is hoping that it all blows over and she can continue her time on the show without any hiccups. Keep reading to learn 10 things you didn’t know about Tania Rincon.

1. She Has Never Done Any Acting

Even though Tania has been working in front of the camera for nearly 15 years, she has never had any acting roles. This is somewhat surprising because lots of people who get into the entertainment industry tend to try their hand at acting at least once. However, it appears that Tania has no interest in becoming an actress.

2. She Is A Wife And Mother

Tania comes from a very close-knit family, and this is an atmosphere that she’s worked hard to re-create as an adult. She has been happily married to Daniel Pérez since 2011 and they welcomed their first child together in January of 2021. When Tania isn’t busy with work, you can bet that she’s spending time with her loved ones.

3. She Has A Huge Social Media Following

Tania’s name may not be widely known to the American audience, but let’s not get it twisted, she’s kind of a big deal. She currently has more than three million followers on Instagram, and that number seems to be increasing on a regular basis. In addition to being popular in Mexico, she is also very well-known in other primarily Spanish-speaking countries.

Tania is serious about fashion and she has always had a great sense of style. She loves being able to express herself through her clothing, and she isn’t afraid to try different colors and patterns. Whether she’s getting ready to go on air or preparing for a day with friends and family, Tania always wants to look her best.

5. She Enjoys Spending Time In Nature

Don’t let Tania’s looks fool you into thinking she’s this dainty person who is afraid to get a little adventurous. She loves being outdoors and hiking is one of her favorite things to do. In 2020, she even climbed Mount Vallunaraju in Peru. In an Instagram post describing the experience, she said, “It was all a dream, days immersed in the mountains camping and being one with nature.”

6. She Is Passionate About Fitness

Staying active is very important to Tania. Not only does Tania like to keep herself in good shape, but it’s a fact that regular exercise can be great for a person’s mental health. She makes it a point to incorporate exercise into her regular routine. Not only does that include spending time at the gym, but she also loves exercising outdoors.

7. She Competed In Pageants

Even before Tania started her career in the entertainment industry she was already getting lots of attention. In 2006, she competed in and won the Nuestra Belleza Michoacán in Mexico. She then went on to compete in Nuestra Belleza México 2006 where she placed within the top 10.

8. She Likes To Help Others

Tania has worked hard to build a really big platform, and she has also made it a point to use it to raise awareness of causes that are important to her. In 2014, she helped raise awareness to ALS by participating in the ice bucket challenge. It’ll be interesting to see what other causes she decides to align herself with in the years to come.

There’s something special about getting to experience different places and cultures, and Tania doesn’t take that for granted. Tania enjoys traveling and it’s something she’s gotten to do a lot of over the years. In addition to visiting different places in Mexico, she also has also gone to other countries including the United States and Russia.

10. She Is A Brand Ambassador

When you have as many social media followers as Tania does, you very quickly become an attractive brand partner for companies who are looking for help marketing their products. Over the years, Tania has gotten to work with some very popular brands including Adidas and Fisher-Price.