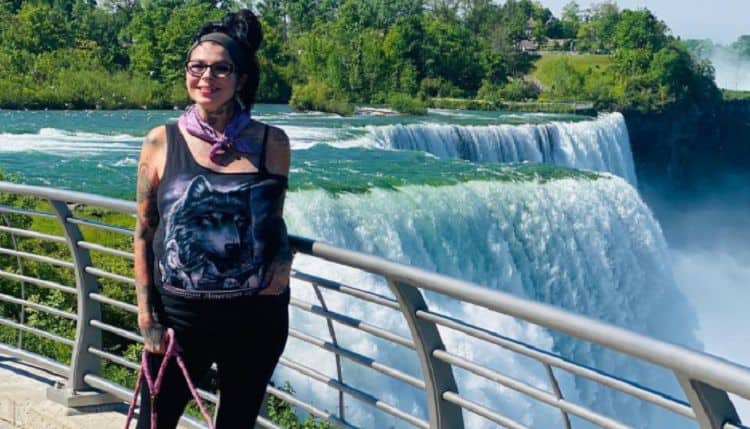 Tania Torres’ life changed forever in 2009 when she became one of the stars of the reality TV series Pitbulls and Parolees. The series followed Tania and her mother, Tia Torres, as they rehabilitated and rehomed Pitbulls along with the help of parolees. The series quickly became a hit and people really appreciated how it provided a glimpse into the world of dog training that people don’t often get to see. Now, more than a decade since its first episode, the show has entered into its 18th season and people still can’t get enough. Through it all, Tania has remained humble and passionate about the work she does. Here are 10 things you didn’t know about Tania Torres.

1. She Only Did Reality TV To Feed Her Family

When most people get the opportunity to do a reality TV show, they’re hoping that it will eventually lead to fame and/or legitimate acting opportunities. Neither one of those things was on Tania’s mind when she agreed to do Pitbulls and Parolees. Instead, her motivation came from wanting to feed herself and her children. Tania told Reality Blurred, “This is how bad off we were: myself, my kids, and the parolees, couldn’t wait for production to kick in so we could eat the food they brought in for catering. Because we had no food.”

If you thought that Tania’s love for dogs was just for the sake of the show, you might want to think again. When it comes to this pitbull life, Tania isn’t new to it, she’s true to it. Tania has loved dogs for as long as she can remember, a quality that was passed down from her mother.

Things in Tania’s life may be going well now, but that wasn’t always the case. When she was younger, she suffered a series of very tragic losses. Her godmother was murdered, her half-brother was killed in a drive-by shooting, and her father was shot which resulted in him being paralyzed. Although he survived the incident, he eventually passed away as a result of his injuries. Despite all of the things she’s gone through, Tania has never let anything keep her down.

If there’s one thing Tania isn’t shy about doing, it’s standing up for the things she believes in and encouraging people to educate themselves. Tania has repeatedly used her social media platform to show her support for the Black Lives Matter Movement and the fight to end police brutality.

Tania has always had a very adventurous spirit and she’s never been the type to settle for staying in her comfort zone. This desire to have new experiences ultimately led her to do lots of traveling throughout her life. She has been fortunate to visit lots of places both in and out of the United States.

6. Pit Bulls and Parolees Isn’t Her Only Experience In The Entertainment Industry

Being on Pit Bulls and Parolees may be the first time Tania was on a TV show, but it wasn’t her first time working in the industry. Prior to the show, Tania worked as a camera operator on two shows: Candid Conversations and Let’s Talk. She was also a floor manager on both shows.

Have you ever been to a place that felt like home from the moment you got there? That’s exactly how New Orleans felt to Tania. During an interview with Hollywood Soapbox, Tania said, “I’ve loved New Orleans since the very first time I got to visit here. There is just something about this city that captivates you. The city of New Orleans welcomed us with open arms, and ever since then, we haven’t looked back. I don’t think there is a better place to call home.”

8. Being On TV Is Bittersweet For Her

From the outside, being a reality TV star may look like the easiest job in the world. In reality, however, it has its ups and downs just like any other line of work. While talking to Hollywood Soapbox, Tania shared that being on TV has been “bittersweet” for her. On one hand, constantly being followed by cameras can be stressful, but on the other, she’s happy to be in a position that allows her to spread knowledge.

Tania’s work is a really big part of her life, but she also appreciates the opportunities she gets to enjoy her free time. When she isn’t working, she loves spending time outside. She enjoys exploring nature and getting the chance to take in the beauty of her surroundings.

As someone who spends a good chunk of their time in front of a camera, most people would assume that Tania is very comfortable speaking in front of groups. That, however, isn’t true at all. In an Instagram post, she revealed that public speaking is her “biggest fear.”