Home
Entertainment
What Do the Tattoos on Norman Reedus Mean? 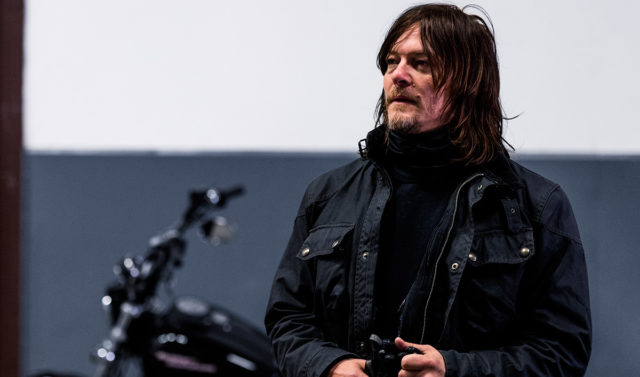 Most people that sport tattoos got their ink for a reason and Norman Reedus is no different since he has a few that are pretty meaningful even if he doesn’t divulge them at all times. Those that he has on his body are fairly small and don’t take up a lot of room. He also doesn’t go into great detail unless it’s during an interview about what the tattoos mean to him and why he got them in the first place. Some are self-explanatory while others need a little bit of explaining to help them make sense to others. But given his look and disposition it doesn’t seem like he’s always in the explaining mood.

He might be if you ask him nicely though.

Being named after his later father Reedus put this name atop the left side of his chest, perhaps to show that his father is always in his heart. People tend to place tattoos in meaningful spots so as to denote any emotion that goes along with them. It helps to identify their values and what they feel most deeply when it comes to the placement.

If you mark one side you might as well as mark the other. But seriously this is a nice little tribute to one of the greatest men to ever pick up a guitar, ever. Paying tribute to him is just an awesome way of showing how much he meant to people and how much he was loved. Some folks sport rather large portraits of Lemmy on their bodies while others focus more on his music and the feelings he brought about in them.

This is his 14-year old son and there’s no denying that a lot of people have done this throughout the history of tattoos. Since each tattoo tells a story it’s important to make them accurate, easy enough to see, and meaningful enough that there won’t be any regrets about them later on down the line. Many parents have gotten their ink not long after having their kid.

Two demons can be seen cavorting on Reedus’ right shoulder blade. Demon tattoos could mean just about anything, but in this case they almost seem to mean something along the lines of a cautionary tale, or perhaps something impish and playful.

On the inside of his right bicep is picture of the devil, or some version thereof. Usually there are a few very strong reasons for having a devil tattooed anywhere on your body and it tends to have to do with a type of warning to oneself to always be vigilant. Of course this too can mean many different things.

There’s a small x just above his collarbone that doesn’t have a solid explanation but is visible enough if you just look.

This was done along with a few of his cast members at the request of a fan and was a group effort.

He has reasons for every tattoo he has, he just isn’t as forthcoming as others are about them.