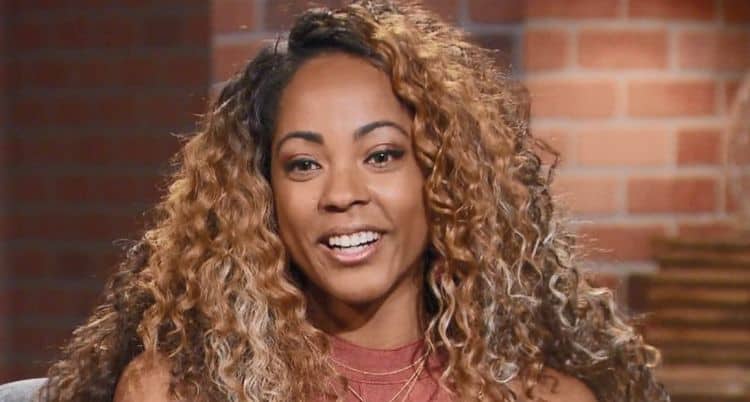 Imagine getting married the first time you meet a person. It’s like love at first sight except you don’t always feel that way when you’re being forced to marry a person the first time you meet. It’s like meeting someone wearing a wedding dress and a tux and saying, “How convenient that there’s an officiant here to marry us and we happen to be wearing these clothes, let’s do this,” and actually doing it. While the hit television series might work for some, it’s not working for Taylor Dunklin, whose husband at first sight has already filed for annulment. So, let’s get to know a little more about the woman behind the first sight failed marriage.

1. The Show is Newly on the Air

Well, it’s in the tenth season so it’s not new on the air specifically, but this season is barely on the air and there is already so much drama that no one can wait to see how this works out. The couple, Taylor Dunklin and her husband Brandon Reid are already in the midst of an annulment to end the marriage after the show filmed but before it has time to actually air on television.

2. It’s the First Time Ever

In ten seasons, this is the first time a couple has called it quits on their new marriage before the show has even aired and fans have had a chance to see how it was going to end. They got married at first sight, they seemed like a sweet match, but they are not, clearly, as he has filed for the dissolution of their marriage to wipe it off the records completely. It’s the first time on the show this has happened, and that makes it interesting.

People who know this couple from the show, namely the production staff, say that this is a couple that is hot and combustible. They’ve never seen so much love and hate in one moment with any other couple, and they are off and on and very passionate about every single thing that they feel. Perhaps this is why they both needed to on a show and get married to someone they never met before? We don’t know.

The producers and other people who work for the show are not surprised that things have not worked out for this couple. They say that there is so much love and hate and such intensity in this situation that this is just not a shocking situation. However, they are also adamant about mentioning that they would not be at all surprised if the couple pulled the annulment papers and ended up happier and more in love than ever any moment now – because that is how their love hate relationship works out.

5. She Doesn’t Believe her Husband Has Rhythm

It turns out that her husband told her immediately that he cannot dance, but she did not believe him until they actually had their first dance at their wedding. He really cannot dance, and it was awkward and bad and he even stopped in the middle of the dance and actually laughed out loud. It’s hard to watch, according to the new bride.

6. Their Wedding Was Awkward

Their wedding was awkward not only because the groom cannot dance and stopped the romantic moment to laugh out loud – though his new wife did say he was a very good sport about the entire thing throughout – but also because he was so nervous about his wedding to the wife he’d only just met that he wasn’t paying attention to the officiant, and he accidentally kissed his new wife before they were told to do so during the ceremony. He was mildly embarrassed.

7. She’s Very Close to Her Family

Taylor Dunklin is a woman who loves her family and is very close to them. She’s close, especially, to her mother and her aunts and her cousins, and she spends a lot of time with them. It was clear when we got to meet her family as they got to meet her new husband, and we feel very awkward about all of it. Her mother is clearly a big fan of her daughter – but what mother isn’t? – and she didn’t hesitate to ask some hard questions of her daughter’s new husband.

8. Her Mother Is Not Happy With this Show

She made it very clear that her daughter was making a mistake going on her, and she even went on the show without the support of her mother at all. She knew that going into this her mother didn’t agree with it, and we imagine that makes things very difficult when you are this close. It cannot be an easy situation to live in.

9. Her Family Wasn’t Thrilled with Her New Husband

When they met him after the wedding, he was very clear that millennials are commitment-phobic and that he’s one, and that’s why he’s never been settled down despite being 33. He also failed to answer a few simple questions they asked him, and he blamed it on being tired. Her mother made it clear that this is a lifelong commitment, the biggest he will ever make, and that being ‘tired’ is no reason to have no answers to some very simple and very important questions that are being asked of him.

10. Her Mother Was Candid About Her Dislike

When her mother got to meet her brand-new husband after the wedding, she was very doubtful of the way things were working out. She was not happy with her first conversation with her new son-in-law, and she told him point-blank after speaking with him that she does not have any warm or fuzzy feelings for this marriage or this man or the future her daughter has in store for her. She is not on board, and we feel that perhaps she was right about that all along.