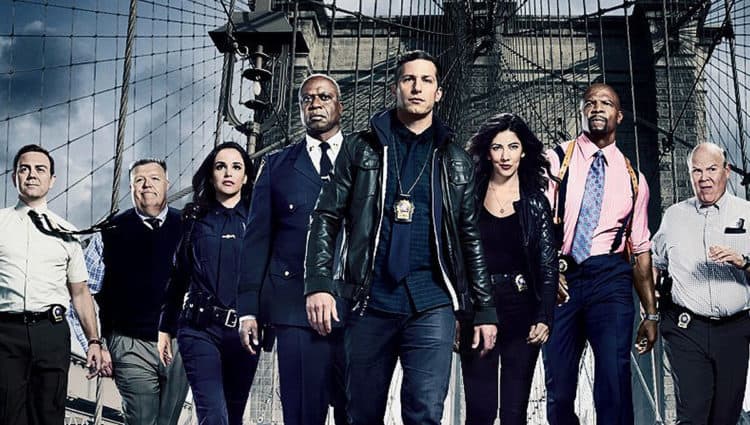 Oh, someone in production must be having a laugh by creating an MCU-like teaser for Brooklyn Nine-Nine’s final season since watching this little blurb was kind of funny considering that some of the fans are looking at this as an utter tragedy. The show was already given another chance to end on a good note though so the fans did what they could by convincing those in charge to bring it back, so expecting anything else is going to be above and beyond at this point. There have no doubt been plenty of talks and discussions and sit-downs in an attempt to see if anything could be done to preserve the show or perhaps come up with spinoffs that might satisfy the fans, but the fact is that this show is ending and that people are going to have to learn to live with the idea. Creating this kind of clip is, well, amusing and definitely something that fans might enjoy and appreciate, but it’s also a little melodramatic if only because in this day and age one can’t help but think that reboots, remakes, and all sorts of ideas are going to be employed to make something happen that will appeal to the fanbase.

It might be a while and it might be never but the point is that shows and movies don’t always stay gone in this current era since there’s always someone out there that wants to take a crack at bringing something back to life even if there’s no reason to do so. Those that love Brooklyn Nine-Nine though might find that reason and it’s easy to think that someone could, or has, started a campaign to bring back this show. It might not go anywhere but it would be an attempt all the same, and one that a lot of people would love to make if they had the chance.

But as much as a show is loved, there are times when it’s important to let go since this is how new shows are discovered and allowed to shine at times. Keeping a favorite show around is great and all when there are people to watch it and there’s plenty of life left in the story, but once those aspects are gone there’s not much of a reason left to keep things going. Fans can no doubt think of many, MANY ways to keep going, but not all of them would likely fit with the show or the network’s idea for the show. The thing about fans is that they’re great to have, they make keeping the show alive and interesting a possibility, but they also go off the rails at times when trying to come up with ideas, theories, and other methods of maintaining the show’s integrity and direction. In other words, fans are great for expressing the desire and the love for a show, but not so great when it comes to a lot of the ideas and plans that might go into each episode. There have been times when fan ideas might actually work, but unless they’re writing or approving the script it isn’t going to matter what kind of input they want to give.

Brooklyn Nine-Nine is going to end, as people are starting to make their peace with it, and will be replaced by another show that will surely come along, or is waiting in the wings for its chance to shine. It’s not the first time that this has happened and it won’t be the last, especially since the nature of show business is that the show must go on. Even if the same show won’t be moving forward, the show must go on in some way, and to be fair it’s kind of interesting to think what might come along that will make people put Brooklyn Nine-Nine out of their minds for a while. Reruns of the show are going to be available whenever people want, and there’s no doubt that some will spur talks of a reunion show at some point, as this has become pretty standard with a lot of shows that people tend to enjoy. It might even happen that a reunion might be in the cards, but at the moment it’s best if fans don’t hold their breath.

Shows come and go, and some of the best manage to stick around for a while, and sometimes even longer, but at one point or another a lot of shows, and their fans, need to face the inevitable idea that things will end. Hopefully Brooklyn Nine-Nine will go out on a positive note so that fans won’t be bound to create an outcry that they want a better ending and therefore need a petition to set things right. There’s been way too much of that over the past several years.