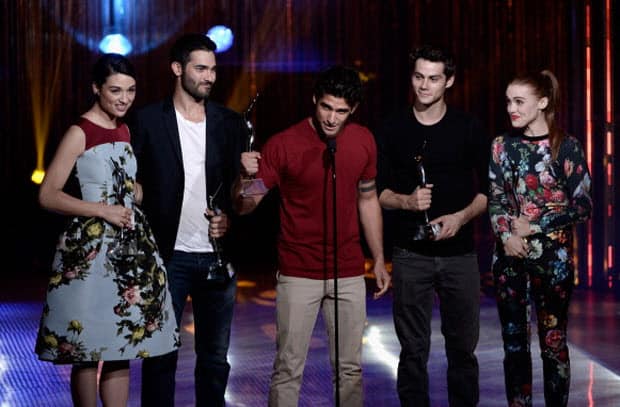 Teen Wolf has so far had its best season and last night’s episode was a smashing return to what is becoming the show’s darkest season as of yet.

One of the things that were very appreciating to see with this mid-season premiere — that honestly felt like the beginning of a brand new season — was to see the consequences of the events that took place in the mid-season finale last year.

This was probably the episode that was most the most psychological one in Teen Wolf so far and that may be a recurring theme for the rest of the season. It’s nice to see a more shared pain for some of these characters because it connects them more than ever.

Stiles’s problem was the most interesting one because dream issues are always the most fascinating ones to watch, despite the pain that the character has to go through. However, the fact that Alison is now seeing her dead aunt, wouldn’t be interesting if she somehow was alive?

Let’s remember that this is a supernatural show and if Uncle Hale could return in the most bizarre way ever, then don’t be surprised if they actually manage to bring her back in a strange way.

Scott’s “open door” was very mysterious and it makes one wonder if he is going to be able to perhaps transform into a complete werewolf. Whatever they are hinting at it, they have captured the interest and it may be a huge game changer for the show as a whole.

The latest character being added — or soon will be added — to the Scooby gang was the cute and quickly likeable Kira (Adren Cho). She clicked very fast with the show in the episode as she had the right amount of sass to her as well as this knowledgeable player.

It will be exciting to see how her role will play out throughout these episodes and what her relationship with Scott will be like since it’s obvious that she is also a new love interest for him. One can’t help to feel that her dad may play a large role as well.

Dylan O’Brien’s Stiles has definitely had his chance to get to do more drama this season instead of just being the most adorable and comedic character ever. While one loves to see him crack all sorts of jokes every episode, it’s nice to see some seriousness as well because O’Brien is more than just a comedic face.

One thing that was surprising to see last night was the increased presence that his father had. This is not to say that he hasn’t been featured a lot this season, but one could really feel that he has a larger role now and that is very cool.

Speaking of parents, one wish that Scott’s dad had been in more scenes this week after what went down between him and Scott’s gang in the mid-season finale last year. But one has to remember that are still 11 more episodes to go so there will be time to see more of him. The actor definitely looks like he could be Tyler Posey’s dad and it’s always fun to see Scott along with his mom being pissed at the dad.

As always, Melissa McCall has to be one of the coolest moms on TV and it’s nice to finally see some more scenes with her and Scott where she actually gets to help him regarding his Wolf-y side.

The cliffhanger with Derek and Peter being captured was incredibly intriguing and it makes one wonder how wrong it went after the mid-season finale and how those two ended up in the same place. Last fans saw them, Derek left town with his sister while crazy Uncle Hale was seen screaming.

Overall, “Anchors” was a fantastic mid-season premiere and great return for this amazing season. The writing by Jeff Davis was fantastic as always and the cast is continuing to grow amazingly as the characters are growing up.