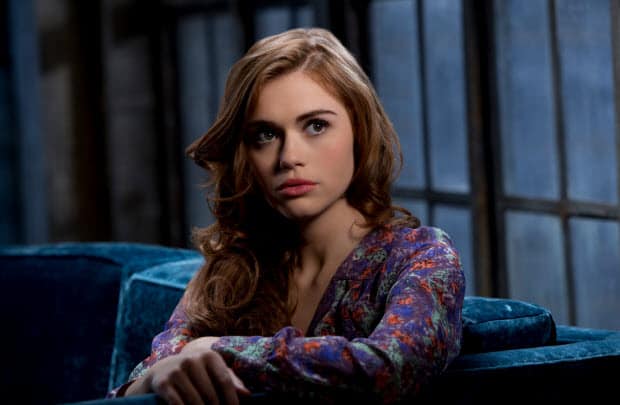 It can’t be stressed enough how easy it is to like Adren Cho’s Kira who fits so well into Teen Wolf. Hopefully, if everything goes right for this character, she will be someone that may actually become a series regular in season 4 (that was ordered at the end of last year in case anyone missed that news). One of the things that make her character so great to watch is her dad who continues to embarrass her.

While this is an incredibly crazy theory, with everything that is going on with Stiles, one has to wonder if this fan favorite character is perhaps someone that could possibly have an unfortunate fate at the end of the season. Without doubt, Stiles is one Teen Wolf’s biggest characters and the show would actually lose a bit of its uniqueness if the character as well as Dylan O’Brien wasn’t part of it.

But with the things that are going on with him right now, the possibility does exist. Hopefully the worst thing that happens to him at the end of the season will be that he will forever be changed and that is more likely to happen than the writers killing him off. It’s still very nice to see him getting more serious and dramatic material to work with. The last scene with him in the episode does hint that perhaps he will be getting out of this complex mess soon.

One still feels that the show is strongly hinting that Kate Argent is perhaps coming back from the dead with Alison continuing to see her in the hallucinations. Although on the other hand, Alison did also see her mother (who died at the end of season 2) in season 3A and that didn’t in the end lead to a resurrection.

It’s still an interesting note though how easy it is for Alison to get haunted by dead family members and how she overcomes them. Not only gives it the character of Alison something new to deal with, but it also allows Crystal Reed to show more layers of her character.

The thing that did feel weird about this episode was the story featured on Derek and Peter. Perhaps one missed it, but they didn’t explain how they got captured in the first place? Feel free to leave a comment if you noticed how. However, it’s nice that they got out at last and it’s interesting that Deucalion hired that girl to get them out. What is he up to? Only time will tell.

While they struggled to find their place in their first couple of episodes in season 3A, the twins did finally start to fit with the show and it was nice to see them return in this episode. However, it’s still unclear what their roles are for the remainder of the season. Hopefully they will start to explore that pretty soon.

Scott being able to control his new alpha abilities was a great moment in this episode. Especially because he was able to turn Malia (Shelley Henning) back to her human form and it will be interesting to see what her role will be in the season because they are most likely not done with her storyline yet.

The ending was unexpected and it may have been the first look on the next villain that the heroes will have to face.

“More Bad Than Good” was another great episode in this fantastic season and as the show is getting more into its darkest season ever, so are the challenges which are becoming more and more difficult.