Home
Review
Teen Wolf 4.11 Review: A Promise to the Dead 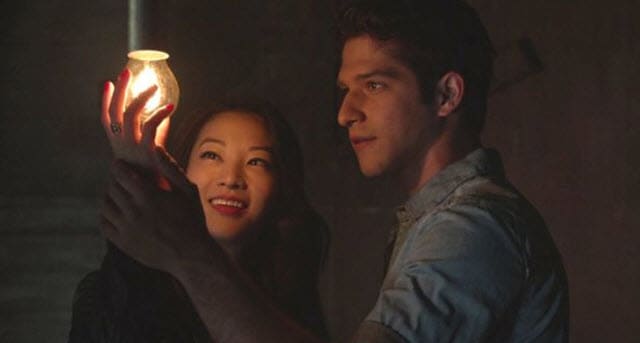 The only two words that can used to describe last night’s episode of Teen Wolf are “Messed” as well as “Up”.

Liam’s fear/PTSD situation with the Berserkers is 100% understandable, but at the same it also makes me so excited to see him overcome his fear at some point. I loved his scenes with Mason (who needs to be promoted to series regular for season 5) who has really been a great addition to the show this season.

Although there is one thing that I don’t like with the writing for his character and this is that he, just like Danny (who has been absent 100% this season, sadly), is being kept in the dark about what Liam is. Can’t we just skip that part of the relationship and have him know what Liam actually is?

A lot of fans of Teen Wolf may hate me for saying this, but after seeing an almost complete season of Scott and Kira together, I have to say that I have loved seeing these two together more than I ever did when Scott was with Alison. There is just something magical about the character of Kira and it’s all because of the great writing and the amazing performances that Arden Cho gives every time she is on screen that make her such a fantastic character.

Don’t get me wrong, I will always love the Scott/Alison relationship for what it was because of the beautiful chemistry that Tyler Posey and Crystal Reed had together, but I’m just a bit more into the one that Cho and Posey have together. The scene they had together at Derek’s loft (before Kate and that one Berserker came in and ruined it all) was so adorable that I’m almost furious at Kate for ruining it all. Can’t these two sweet teenagers just get a break for once? Not in Beacon Hill, they can’t.

I have been speculating this whole season that Chris Argent has had this sort of death wish ever since he came back and it was good to finally see him express his sadness since he lost his daughter. There is just something with the way he cries that made me cry and the one wish I have for his character when season 4 is over is that he will actually start to get some happiness.

As Parrish showed up to save him and gave Chris a pep-talk, we got another clue to what Parrish’s supernatural side is all about. We see his eyes turn blazing red and the first thing that I started thinking was that he has to be some form of wolf. Once again, like I have speculated before, Parrish is most likely the key to stopping the evil of season 4 so hopefully next week, we will know exactly what he is.

Let’s talk about that final scene, shall we? I didn’t think I could hate Kate any more than I already did, but apparently I can because they just took to her character to a whole new level. Never in my entire life have I ever been so terrified to see a mask being put on someone else’s face. Now I have no idea what the Berserker mythology is, but it appears that in the Teen Wolf universe you can be turned into one.

The only thing I hope we don’t get to see in the season finale next week is the actual transformation of Scott becoming a berserker. It was already painful enough to see him getting the mask put on him as he was screaming. Hopefully, by time we see him in the finale, the transformation will already be done, even though I hate seeing our hero in pain.

I really, really hope that Kate actually dies next week because even though she is a good villain, this act just made me hate her 110% and I don’t even care who does it, someone just needs to kill her. Here is a question for your readers out there: do you think that all the berserkers that she has had fighting for her this season, are people that she has turned into berserkers? Let us know what you think in the comments below.

Overall, “A Promise to the Dead” was a phenomenal penultimate episode before the season finale as it brings everything together that we have seen this season to full circle. There are so many questions that they will have to answer next week such as: Who is the Desert Wolf? Will Malia actually kill Kate? How will the gang get Scott out of his berserker state? What in Beacon Hill’s name is Parrish anyway? Will one of our beloved characters die?

Don’t miss “The Broken Spell”, the epic season finale of Teen Wolf next Monday at 10/9c on MTV!