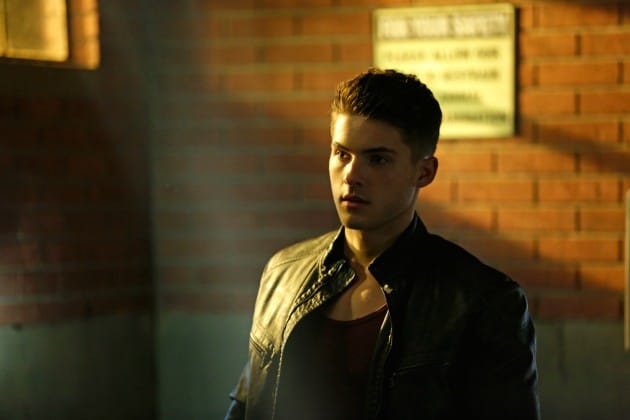 The 70th episode of MTV’s Teen Wolf, also its summer finale for Season 5, revealed Theo’s bigger motives for Scott and his friends in Beacon Hill. Also, we finally got an answer as to what type of supernatural creature Parrish is.

This summer finale, out of all the ones that I have seen, is the one that I’m most mixed about while also loving it a lot because it’s definitely one of the more mature summer finales that Teen WolfÂ hasÂ had, mostly because the kids are, well, maturing. Before getting into my main problem with this episode, let’s start with all the goodies, a major one being Scott’s role in the episode. Is he flawless? Absolutely not, but that’s a good thing because remember, there is a reason why there is a Teen in Teen Wolf. So even though it was annoying seeing Scott continuing to just trust Theo scene after scene, it’s a mistake that had to happen, although the part where he realized that the inhaler that Theo had given to him a few episodes ago was the reason why he kept losing his breath all the time (due to wolfsbane) felt a little bit overly dramatic, mostly because of how the camera literally zoomed onto Theo’s face as he became evil when the thunder struck.

We finally learned Theo’s bigger motives and that he was the first Chimera (no surprise there), and this is where we get to the main problem of this whole first half of the season: a weak villain.Â I love to hate villains that are well-developed; the problem with Theo (not the actor; he is doing the best he can with what he is given) is that they never made him a compelling character to me. Therefore, it was hard to even be interested in what his bigger plans were, because most of the time, I was rolling my eyes over the kid that just seemed to want to break Stiles and Scott up. Theo’s plan has been to raise a pack of his own and take over the city (I think?) as we see at the end of the episode. Speaking of that ending, how freaky was it seeing him just bring back all the dead chimeras? I know it was just a needle with some resurrecting stuff (I honestly don’t know what that was), but it was legitimately frightening. Also, is Lydia going catatonic every once in a while becoming like a thing for Teen Wolf? If that’s the case, let’s just stop it right now.

Something that completely escaped me at first was that Scott McCall actually died and was gone for at least a good 10-15 minutes before his super-mom – yes, that’s how awesome she is – brought him back to life. First of all, Liam under a super-moon – and yes, that term is hilarious, I’m sorry, but it totally isÂ – is a bad situation all together. I have never thought about this show going to a point where Scott would be killed in one way or another, but the fact that Jeff Davis pulled that trigger is going to make this second half so much more intriguing because no one is ever the same when they come back from the dead. Speaking of never being the same again, Parrish is a hellbound, and I can’t say that I saw that coming because they have been going back and forth so much on what he is that I knew the reveal would be something none of us expected. It will be cool to see what he does next now that he knows what he is.

Overall, “Status Asthmaticus” was a solid summer finale – aside from the major, season-long Â problem that has been Theo – that left us with more mysteries, but also with some pretty good answers, too. Also, I have no idea what was going on with the Dread Doctors thing at the end, but it does make me sure of one thing: January 2016 needs to get here as soon as humanly possible.